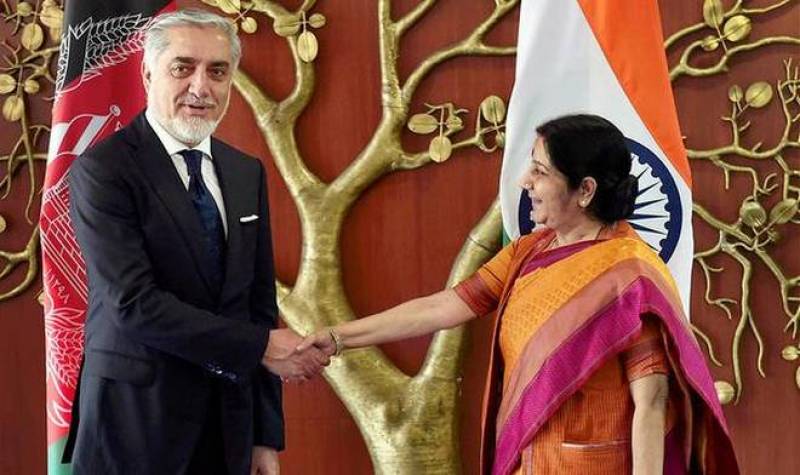 NEW DELHI - India and Afghanistan have signed a pact for technical cooperation in police training and development aimed at strengthening its security system.

Under the memorandum of understanding (MoU) exchanged after a meeting between Afghanistan Chief Executive Dr. Abdullah Abdullah and Prime Minister Narendra Modi on Thursday, Afghan police foreces to get training in Indian for the first time.

According to a statement released of Ministry of External Affairs, “Prime Minister [Modi] reiterated India's commitment to extend full support to Afghanistan's efforts for building a peaceful, united, prosperous, inclusive and democratic Afghanistan”.

“The two leaders exchanged views on the security environment in Afghanistan and the extended region, and, in this context, agreed to continue close coordination and cooperation,” the statement read.

The agreement on Technical Cooperation on Police Training and Development, which has been signed under a UN Development Programme project, aimed at capacity building of Afghan forces, including policemen and security forces.

However, the details about the start of training and number of troops is not available so far.

During his recent visit to India, US Defence Secretary James Mattis, “we applaud India’s invaluable contribution to Afghanistan and welcome further efforts to promote its democracy, stability and security.”

US President Donald Trump while announcing his policy regarding South Asia had said that India would play a greater role in providing economic and developmental support to Afghanistan.