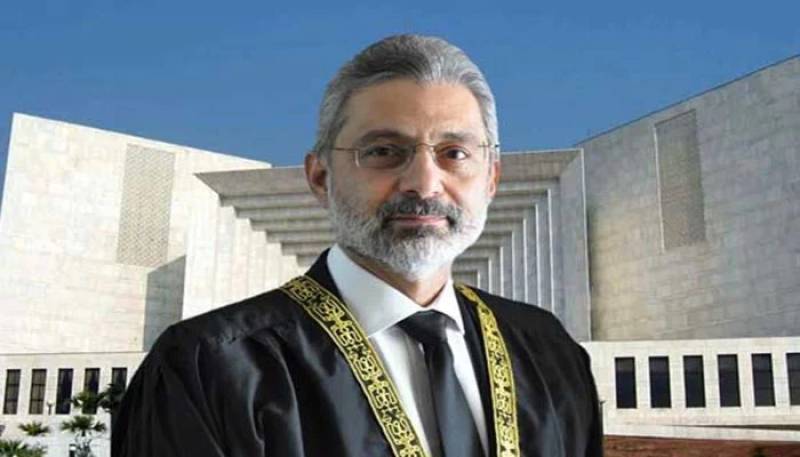 ISLAMABAD — Justice Qazi Faez Isa of the Supreme Court of Pakistan has written a letter to the Chief Justice of Pakistan, Justice Umar Ata Bandial, expressing his concern at the delay in appointment of five judges to the top court of the country.

“The people of Pakistan have invested heavily in the Supreme Court which employs about 700 staff and has a considerable budget. Therefore, it is not understandable why the Supreme Court is working at a significant 30 percent reduced capacity.

“Every passing day that the five vacancies remain unfilled adds to the existing mountain of cases, threatening to render it insurmountable, which may leave the Supreme Court dysfunctional. The same staff and money which would serve a full court also serves a truncated one, therefore, there’s a needless haemorrhaging of resources.

“The Constitution requires that expeditious justice be ensured and this responsibility falls upon on the Supreme Court, of which you are the Chief Justice. We must not let down the people of Pakistan, erode their confidence in the Supreme Court and continue to waste their hard earned money.