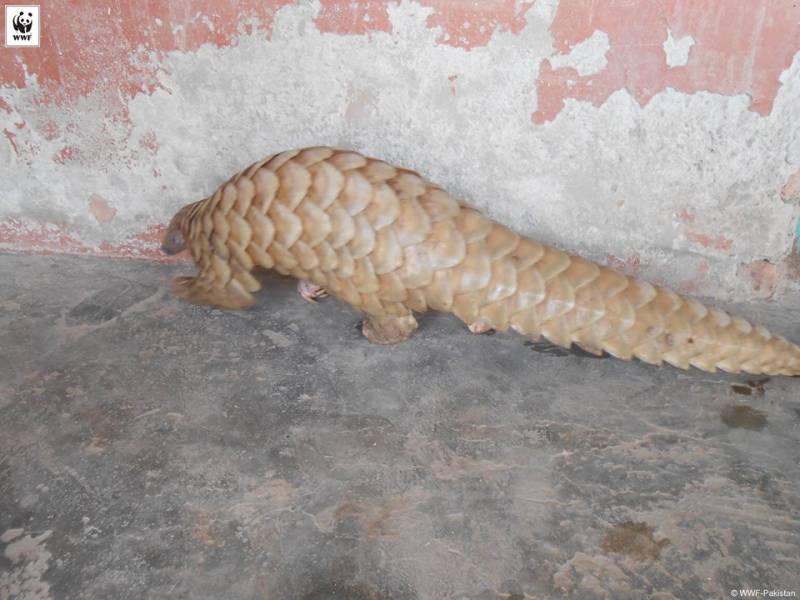 LAHORE (Staff Report) - World Wide Fund for Nature-Pakistan (WWF) rescued an endangered Indian pangolin in Jhang and released it back into the wild.

WWF-Pakistan uploaded the details of the rescue on their official Facebook page.

According to the Facebook post, the pangolin (Manis Crassicaudata) was reported by a family in small village of Jhang, which was rescued by WWF- Pakistan and released into its natural habitat at Head Trimu by the Wildlife Department, Jhang. 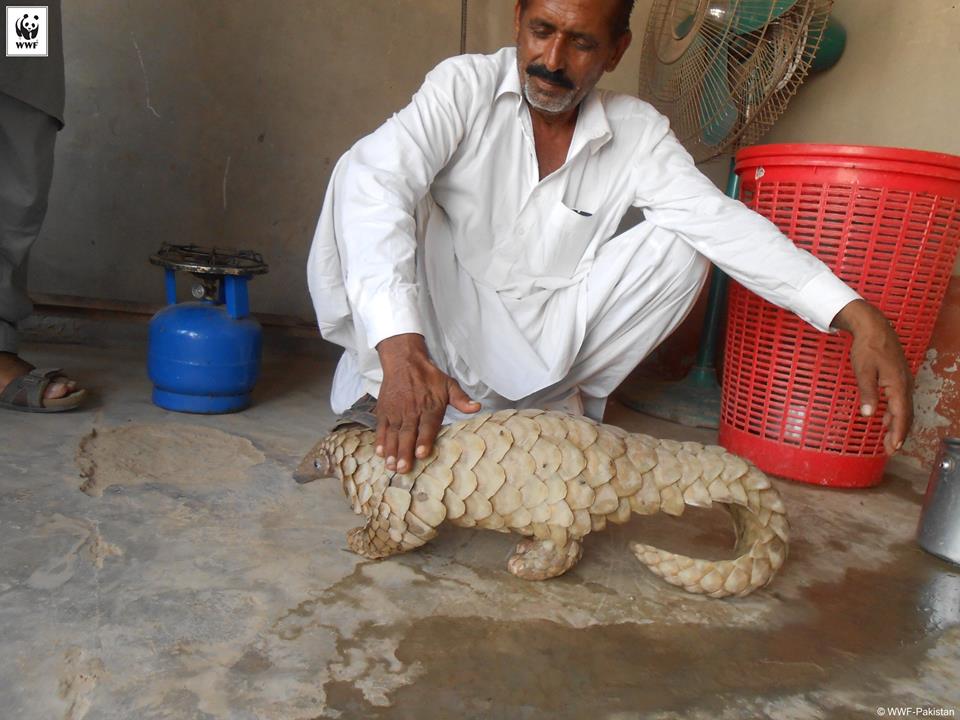 The Indian pangolin is also commonly known as the scaly anteater. It is native to Pakistan, India, Sri Lanka and Nepal.

In Pakistan, it can be rarely sighted in Sialkot, Jehlum, and Gujrat, Kohat, Attock.

The Indian pangolin is almost entirely insectivorous, lives a solitary and nocturnal life, and uses its well-developed sense of smell to locate ant nests or termite mounds and other food sources.

The Indian pangolin is endangered due to habitat destruction and hunting for its meat, scales and other body parts which are used in traditional medicine. Pangolins are the most heavily trafficked CITES-protected mammal.