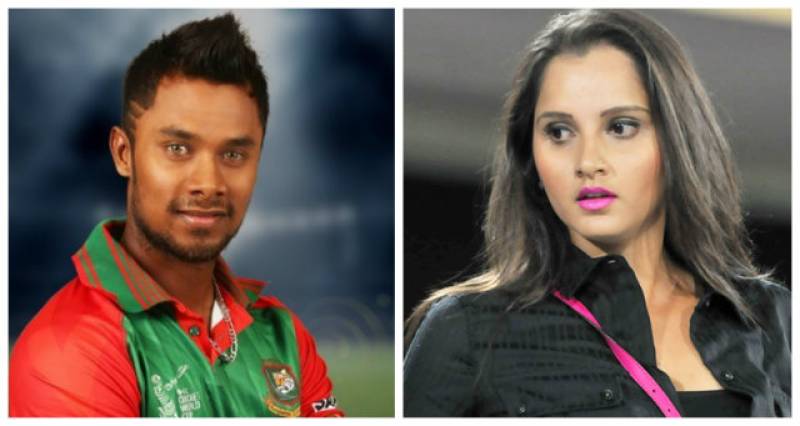 Shoaib Malik had come to Bangladesh four years back along with his wife to participate in a domestic tournament in Dhaka and the incident occurred that time. Sabbir teased the tennis star Sania Mirza in the field who came to Bangladesh to spend time with her husband.

According to a report in Bangladeshi media, Malik wrote an official complaint to the chairman of Cricket Committee of Dhaka Metropolis (CCDM).

Sabbir Rahman, 26, has been one of the most controversial Bangladeshi players in recent times for his off-field behaviours.

The batsman might face a six-month ban for his alleged involvement in the Facebook controversy. He was also fined by the board during the Bangladesh Premier League (BPL) for bringing a woman into the team hotel without any permission from the authority.

The right-hander has already lost his central contract and served a six-month domestic ban for assaulting a fan in the recent past. He has also been axed from the national team due to his lack of form and other controversies and will not feature in the Asia Cup next month.