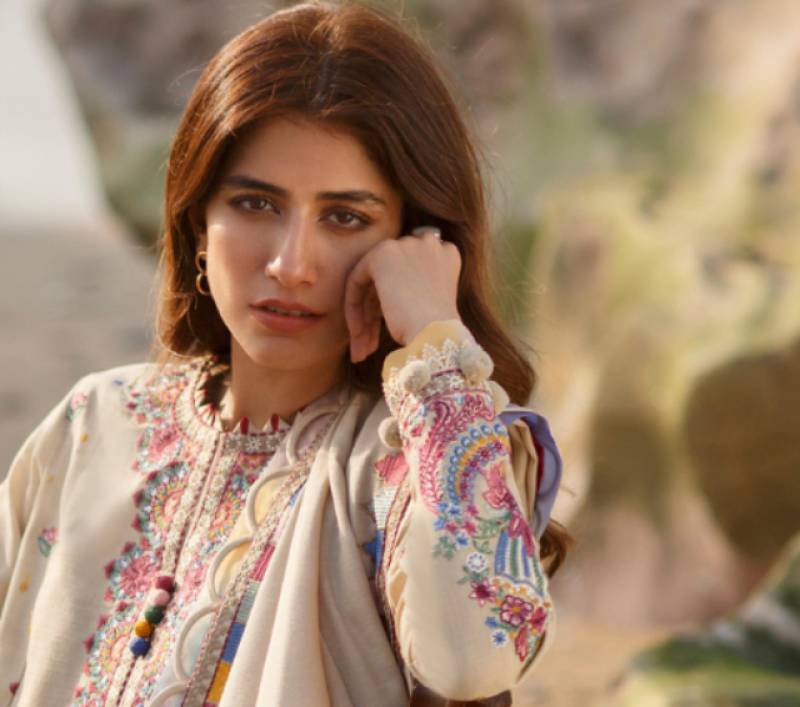 The Project Ghazi actress left her fans and followers spellbound with glimpses into her luxurious life. Sharing the exquisite pictures on social media, Yousaf's 1.8 million followers on Instagram were ecstatic to see her in a desi attire.

Posing for the camera in a sublime creamy beige gharara, and shirt ensemble featuring floral vines done in metallic threadwork and accent with beads, the hem of the shirt featured elegant scrolls of embroidery. The gharara was studded with artful mirrorwork in a grid pattern accented with florets. Yousuf paired it with a coordinating dupatta featuring elongated niches done with sparkling sequins.

Yousuf served as the muse for Pakistani fashion designer Mohsin Naveed Ranjha for the spectacular ensemble. Embodying Malika-e-Tarannum Noor Jehan, Yousuf did justice to the look.

Yousuf's makeup artist Babar Zaheer also had the honor of posting a beautiful video of hers posing next to a class car.

On the work front, Yousuf was lauded for her impeccable performance In Sinf e Aahan. The actress recently announced her separation from her ex-husband Shehroz Sabwari. Yousuf was praised by netizens for allowing her daughter Nooreh to create a sisterly bond with her newly born step-sister, Syeda Zehra; daughter of Sabzwari and Sadaf Kanwal.

It's difficult not to notice Syra Yousuf when she's out and about in her gorgeous ensembles. Recently, the ...