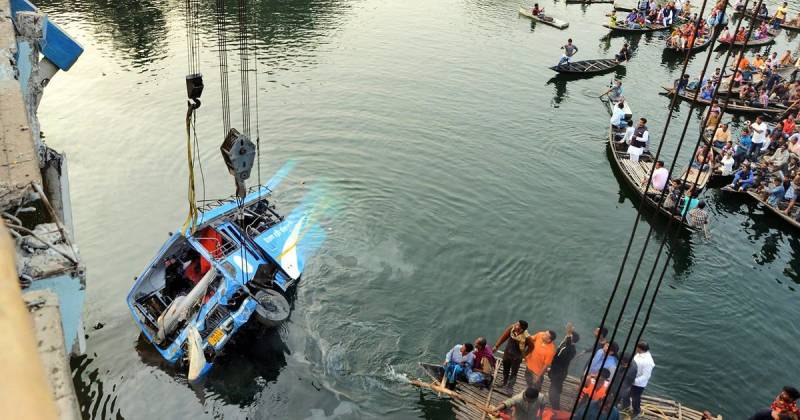 KOLKATA - Rescue workers in eastern India have recovered another body from a canal where a bus fell earlier this week, bringing the death toll to 43.

Search was underway on Wednesday for four people still missing after the bus plunged nine meters (30 feet) into the canal in Murshidabad district in West Bengal state on Monday, the India.com reported.

As many as 31 bodies were found trapped in the bus when it was pulled out of the canal late Monday. Another 11 bodies were recovered from the canal on Tuesday.

Meanwhile, angry residents attacked police vans and officials whom they accused of arriving late to the scene. A huge crowd which had gathered around the scene started to throw stones at the police when they arrived. The police retaliated by using tear gas to disperse the mob.

Two officials from the fire brigade and one policeman were reportedly injured in the clashes.

The state has ordered an inquiry into the incident.

More than 110,000 people are killed annually on India's roads. Most crashes are attributed to reckless driving, poorly maintained roads and aging vehicles.