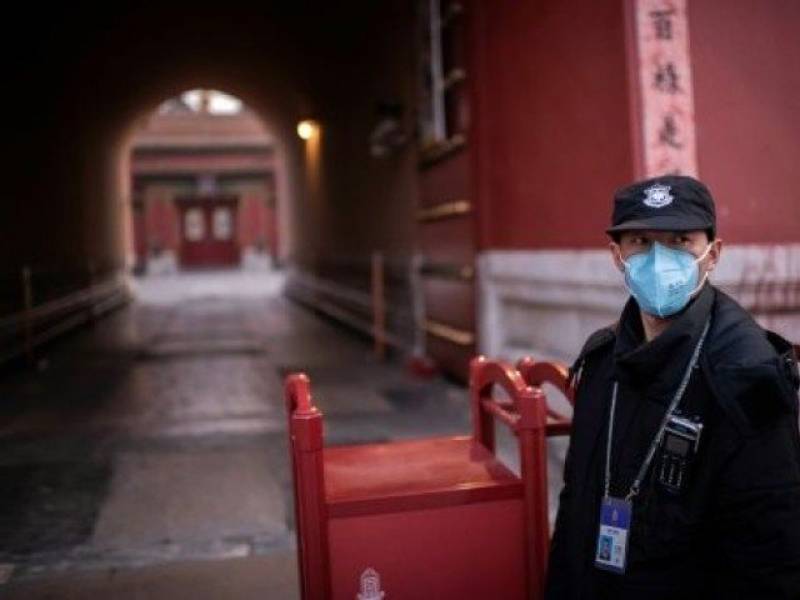 BEIJING – Four Pakistan students who were tested positive for the new coronavirus in China are recovering quickly and are out of danger, says the country's top envoy.

“All four of them are in hospitals and are improving. We are also monitoring their health conditions regularly and according to the Chinese doctors, they are recovering quickly,” Pakistan Ambassador to China Naghmana Alamgir Hashmi said on Friday.

Hashmi said that these students currently in the hospitals in Shenzhen and Guangdong had come from Wuhan, the epicenter of the coronavirus epidemic.

“These students were diagnosed at an initial stage. They are being provided complete medical care and according to the doctors, they will soon fully recover,” she added.

About arrangements for the Pakistani students and members of the community in China, she said that Pakistan Embassy, Beijing was working 24/7 to inform them about the evolving situation in view of the new coronavirus outbreak.

“We are in touch with the Ministry of Foreign Affairs of China and the foreign affairs office of Hubei province in particular and other provincial authorities in general where our students are studying,” she added.

Pakistani citizens to not be evacuated from China owing to fears of coronavirus spread, says Zafar Mirza

Ambassador Hashmi said that the embassy officials were also in touch with all the administrations in Wuhan where Pakistani students are and also other parts of China.

“We are receiving daily feedback from these universities and on a daily basis are pointing out the difficulties to the Chinese authorities that some of our students may be facing,” she added.

The Chinese government and Chinese universities authorities were making sure that the individual complaints of some of the students were expeditiously met.

Similarly, the officials of the embassy and the consulate generals were also in constant contact with students particularly the representatives of students from various universities and were responding to all telephone calls received either on the hotline in the embassy or on the hotlines in the consulate generals. “We are also receiving emails and every email is being responded to.”

Ambassador Hashmi said that every complaint was being transmitted to the Chinese authorities and the universities administrations to ensure that problems and complaints of the Pakistani students were resolved and redressed.

In addition to that the embassy was also in touch with the authorities in Pakistan and updating them minute by minute on the evolving situation.

“We have also widely circulated the hotline numbers of embassy plus the hotline and emergency line and email of the Hubei authorities and the Chinese government for setting up for the students and other community members to contact them in case of emergencies.

Regarding some Pakistanis standard in Urmuqi, she said that the embassy had ensured that all of them had hotel accommodation and food available to them till such time that China Southern Airlines resumed their flights.

“The Chinese authorities in Beijing and Urumqi are fully cooperating and assuring that all our nationals including traders and students who are currently stranded in Urumqi are well taken care of in terms of accommodation, food, and healthcare,” she said.

Ambassador Hashmi said that the embassy officials were also in touch with the community members in Urumqi so were the Chinese authorities and as of now there was absolutely no problem and difficulty being faced by these stranded people.

Pakistani students in China demand government to evacuate them at once

Lauding the efforts of the Chinese government in controlling the coronavirus from spreading to other areas, she said that China had done everything possible to detect and contain the virus and the World Health Organization (WHO) and the leaders from around the world including from Pakistan had appreciated their efforts to contain this virus.

“The Chinese government has done tremendously wonderful job in trying to protect the people from this virus,” she added.

Ambassador Hashmi said that even the Director General of WHO had also deeply appreciated the efforts done by the Chinese government.

She said that the Chinese government had wisely and very rightly asked all nations not to evacuate their people because the evacuation was more dangerous than the virus because it could spread the virus to the countries where these people were being evacuated.

“These countries may not have the expertise to deal with the situation and this could become a danger not for these countries but also for the rest of the world because this disease can spread very quickly,” she said.