In matters of money, and job, think twice because FATF law is watching you! 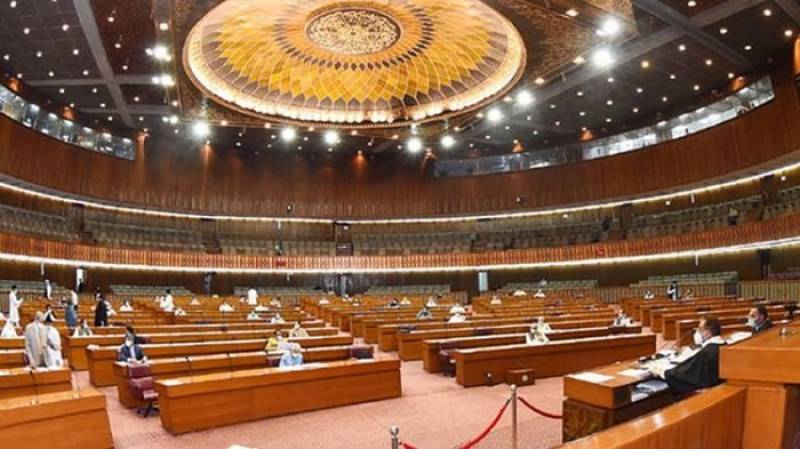 Think twice before offering financial help in the form of charity and/loan to any of your acquaintances, friend, relatives, or a business partner.

Before establishing a financial transaction with anyone, you must be certain of the charter and credentials of the other side.

If at any point, it is established that the person or the company, which had some monetary relations with you, is also involved in certain dealings which fall under terrorism charges, you will be in trouble.

Not only financial transactions, but it is also about your job and employees too.

If you are working with such an organization, whose owner or any top director is found involved in terror activity, you are in hot waters.

The National Assembly and the Senate have passed ‘The Anti-terrorism (Amendment) Bill, 2020’ and the United Nations (Security Council) (Amendment) Bill, 2020’. It is said the two laws were necessitated from the Financial Action Task Force (FATF) so that Pakistan was taken off the grey list. The two laws which are directly related to the welfare of the state, and the government in any way, however, faced sloganeering and strong protest from the opposition members in the house.

Let us discuss the two laws and their effects on a common man.

The bill is about increasing the punishment, including the fine from existing Rs10 million to Rs25 million, besides the introduction of a jail sentence for 10 years for those found involved in terror financing through illegal money transfers. This means the banks and financial institutions or persons are to be held liable if the loan sum is found to be used in terror-related activities. Earlier, our legal system offered no severe punishment for terror financiers.

Look at the bill’s Section 3 (b) v: no bank or financial institution or any other entity providing financial support shall provide any loan facility or financial support to the proscribed person or issue the credit cards to proscribed person; and (vi) the arms licenses, if already issued, shall be deemed to have been cancelled and the arms shall be deposited forthwith in the nearest Police Station, failing which such arms shall be confiscated and the holder of such arms shall be liable for the punishment provided under the Pakistan Arms Ordinance, 1965 (W.P. Ord.XX of 1965). No fresh license shall be issued to such person for any kind of weapons. ".

This implies that those who are convicted of terror-related charges will never be able to obtain a loan from banks, and no arms license.

The bill goes on:

The law provides punishment for those who are found funding for a terrorist’s travel, participation in a terrorist activity or training or any other activity will be liable for punishment.

Punishment is very tough: Rs25-50 million fine and up to 10 years in jail.

This scribe discussed the implications of the bills with a couple of lawyers.

They said the law was draconian in nature, as it made financial transactions almost impossible.

“Police can establish the links of a person on trial with almost all of their friends, acquaintances and family members,” said lawyer Naseem Abbas.

PPP Senator Raza Rabbani opposed the bills in the Senate. He was not available for comment.

Prof Sarfraz, former director of the Area Study Center of the Peshawar University, while speaking about the good and bad side of the acts, said: “Making acts of law is one thing, and their judicious implantation is another."

“In my view, these laws will stifle civil society and non-government organisations, mostly the international one to get permission for welfare work.”

At the end of the day, these laws will be used against political activists, he concluded.

But there is light at the end of the tunnel.

Jahangir Rauf is a corporate lawyer based in Lahore. He said if people made their financial transactions through banks and through written contracts, they would be safe.

The bill empowers the government to take actions recommended under the Security Council resolutions such as the freezing and seizure of assets, travel ban, and arms embargo on the entities and individuals, who are designated on the sanctions list of the United Nations. The UN Security Council Resolution 1373 requires member states to implement counter-terrorism measures, especially countering the financing of terrorism through their domestic laws. This obligation is implemented in Pakistan through Anti-Pakistan Act, 1997.

This bill heralds troubles for proscribed organizations, such as Lashkar-e-Taiba, Jaish-e-Muhammad, etc.

Earlier, these organizations and people affiliated with these bodies got away with such excuses that they had never violated the law of the land.

It is hoped that these bills will help the government evade the FATF grey list and help law-enforcers eradicate terrorism from Pakistan.