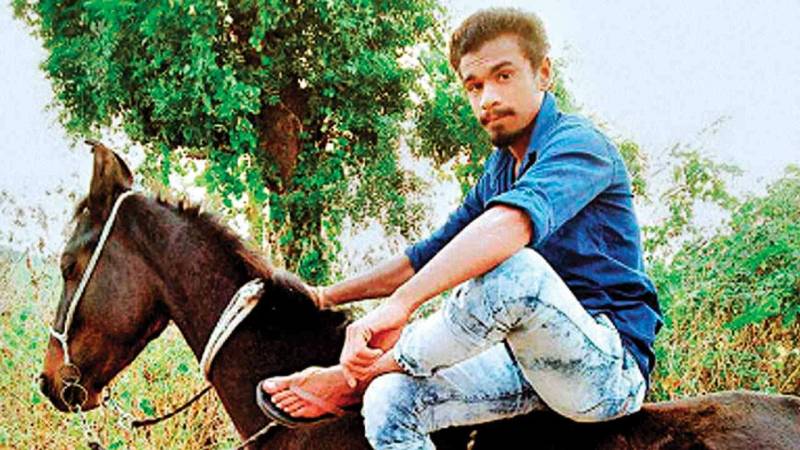 MUMBAI - A Dalit youngster was beaten to death in Gujarat's Bhavnagar district on Thursday night by a group of villagers allegedly because he owned a horse.

According to police, the horse is a symbol of power and wealth and such display of authority by a low-caste Indian, who worked on the land, invited the wrath of locals.

The body of 21-year-old Pradeep Rathod was found in a pool of blood near Timbi village a few metres away from the horse, which also met the same fate.

The police have detained three upper caste men for interrogation, on the identification of Rathod's father, Kalubhai, who, in his application stated that his son loved horses and he had bought him one eight months ago.

The distraught father stated that his son's love for horses led to his murder as people from Dalit community are not allowed to ride horses.

"About a week ago, when I was riding the horse with my son, one of the persons from the upper caste Kshatriya (warrior) community warned us not to ride the horse in the village," he claimed and added that they were also threatened to be killed if we did not sell the horse.

Meanwhile, Karnataka Chief Minister Siddaramaiah lashed out at the BJP for the Dalit youth’s murder.

Shocking inhumanity towards Dalits in Gujarat!

Yet, a certain Gujarati gentleman comes here with a bag full of #Jumlas & promises heaven to Dalits. If they question him, they are branded as Cong goons.

Kannadigas will not make the mistake of trusting this #ShahOfLies. https://t.co/QQvmpO2fok

"Shocking inhumanity towards Dalits in Gujarat!," he said in his tweet.

The incident though seems shocking is reminiscent of social disparity and imperialism in 'world's largest democratic', however, such incidents have happened in past as well.

Last October, a Dalit man was killed merely for attending a traditional Hindu dance performance in the same Gujarat area, which is ironically the home state of Indian premier Narendra Modi.

Dalits, who lie at the bottom of India's deeply entrenched social fabric, have long faced discrimination and attacks.