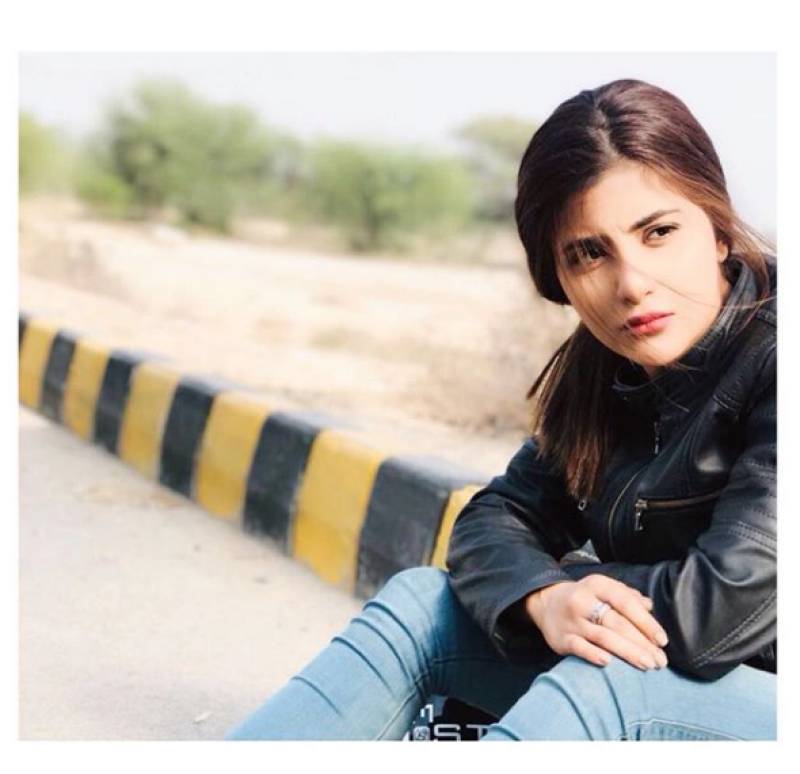 Sohai Ali Abro has really made her mark in the Pakistani film industry within a very short span of time with major films like Jawani Phir Nahi Ani and Wrong no. And now she is ready to make her comeback with a bang in 'Motorcycle Girl', playing the role of Zenith Irfan who is the first Pakistani woman to travel across the northern areas on a bike.

Aaaaaaaaand here it is 💁🏻‍♀️ first look #motorcyclegirl releasing on the 20th of April 2018 in cinemas near you! 🎬 Directed by @adnansarwar2020 🙏🏻🏍💕 #sorrynotsorry 😉

A biopic like this would take lots of preparation and training and Sohai has met the challenge with great zeal and determination. She recently shared a video in which she explains all the training she went to be ready for the challenging role.

According to Sohai, she owes much of her training on how to ride a bike from a lot of help from 'Women on Wheels'. This is the Punjab government's initiative to help women from all walks of life add this imperative skill to their belts. Sohai, who really supports the movement can be seen encouraging other women to join in and be part of the change.

Apart from touching a topic that breaks many barriers, the best part about this film which releases on the 20th of April is that it is purely a female centered film with no male lead!

The story follows Zenith Irfan's true tale and her struggles after her father passes away. Her goal is to fulfil her father's dream of traveling to the Khunjerab pass on his motorcycle.