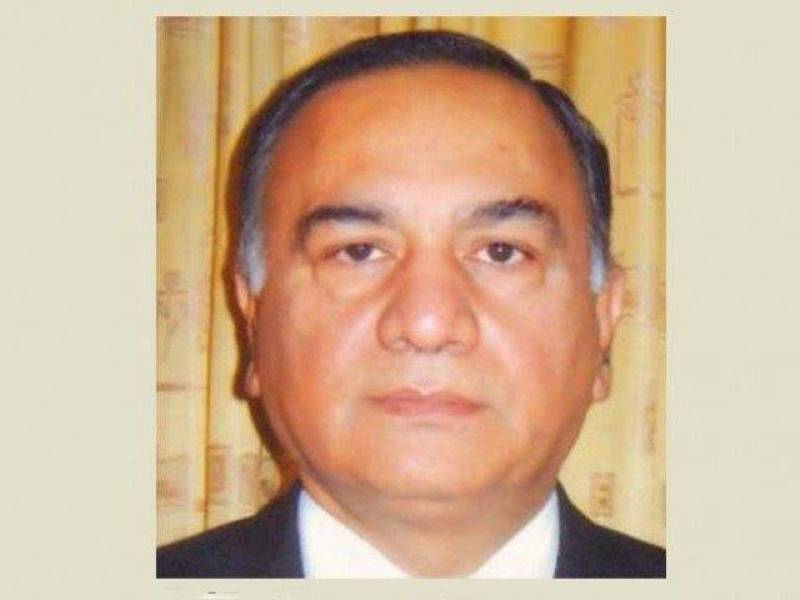 LAHORE - Nasir Mehmood Khosa, who was earlier nominated by Punjab government and opposition as the caretaker chief minister, excused himself on Monday from amid a stir erupted after Pakistan Tehreek-e-Insaf backtracked on his nomination.

Local media citing sources claimed that Khosa, a former principal secretary, is of the view that he was not taken into confidence before taking the decision. "I was made controversial in media by taking back my name," he said.

The announcement from Khosa came after the PTI, the major opposition party in Punjab Assembly, changed its heart on the nomination of the caretaker setup despite the fact that name of interim CM had been selected after the due consultation process.

Imran Khan-led party, which also backtracked from the nomination of caretaker CM in Khyber Pakhtunkhwa, announced on Wednesday after a meeting of the core group of PTI with Opposition Leader in the Punjab Assembly, Mian Mehmood ur Rasheed contending that a new nominee would be presented after consultations within 24 hours.

“Proper consultations were not held and the decision was taken in haste,” added Mehmood-ur-Rasheed.

The situation aggravated when Punjab CM Shehbaz Sharif said that the summary of appointment of caretaker chief minister of the province has been forwarded to the Punjab governor and once forwarded, the summary could not be withdrawn.

In his statement, Shehbaz said the provincial ministry of law had sent the summary of caretaker CM to the Punjab governor, who would sign it midnight on Thursday.

The provincial government is going to be dissolved tonight after completion of its five-year term. As per law, a caretaker setup is deployed in the federation and every province to hold elections, scheduled to be held on July 25.