Kashmir Black Day commemorated in Beijing in show of solidarity 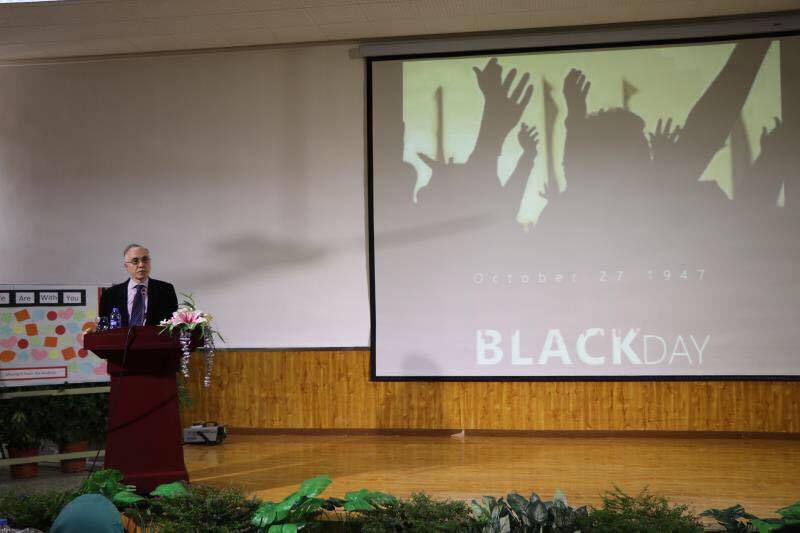 BEIJING - In a bid to show solidarity with the oppressed Kashmiris,  the Embassy of Pakistan Beijing organised a special event to mark Kashmir Black Day on Tuesday.

The event was co-hosted by Pakistan Embassy College Beijing and attracted a large crowd from all walks of life. It started with the recitation of the Holy Quran, followed by the national anthem.

The commemorative event saw enthusiastic participation of students while the College Principal apprised the audience about the long-standing Kashmir Issue.

Speaking on the occasion, Ambassador Masood Khalid said that this event was dedicated to the revival of the painful memory of the Black Day when Indian forces illegally occupied Jammu & Kashmir.

He observed that, despite numerous resolutions passed by the United Nations Security Council, India never fulfilled its promise of holding a plebiscite in Kashmir flouting the international norms.

The ambassador strongly reiterated Pakistan’s unflinching diplomatic, political and moral support to the cause of the Kashmiri people reeling under the terror of Indian authorities for over seven decades.

He affirmed the need to continue efforts in sensitizing the world community about the Kashmir issue and India’s flagrant violations of the human rights as well as UN Security Council resolutions.

Apart from the speech, special tableau performances were presented in a bid to stress the need for resolution of the issue.

The event concluded with the signing of an Expression of Solidarity with the Kashmiri people by the Ambassador and other participants.

October 27 is observed as the Black Day as India forcibly occupied the land of Kashmir on that day in 1947 and denied the right of self-determination.