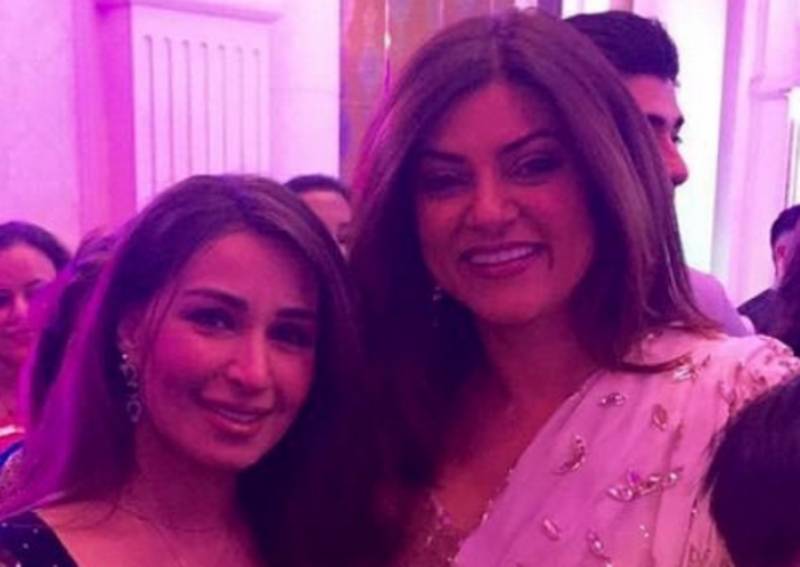 NEW YORK -  Pakistani Diva Reema Khan had recently met Bollywood actor Sushmita Sen at an event in the US. The two actors were photographed together at a charity event for children with disabilities.

LAHORE - Reema Khan was assumed to be divorced when she returned to Pakistan without her husband, Ahsan. The actress ...

Taking to Instagram, the 48-year-old star shared her picture with the former Miss Universe. Both of them look stunning in gorgeous sarees. Sen wore a white saree with golden embroidery while Reema opted for a classic black.

Reema, who has appeared in more than 200 films was last seen in a television drama in 2018. For her contributions to Pakistani Cinema, she was also awarded the Pride of Performance Award on  March 23 earlier this year.

As for the Bollywood actor, rumours suggest Sen is likely to tie the knot with model Rohman Shawl by the end of 2019. She was recently spotted celebrating Diwali with her beau and daughters.

KARACHI - Reema Khan is among the most loved film actors of Pakistan, She has won numerous awards for her performances. ...

Have something to add to the story? Comment below.