Pakistan says no change in stance on Indian-occupied Kashmir 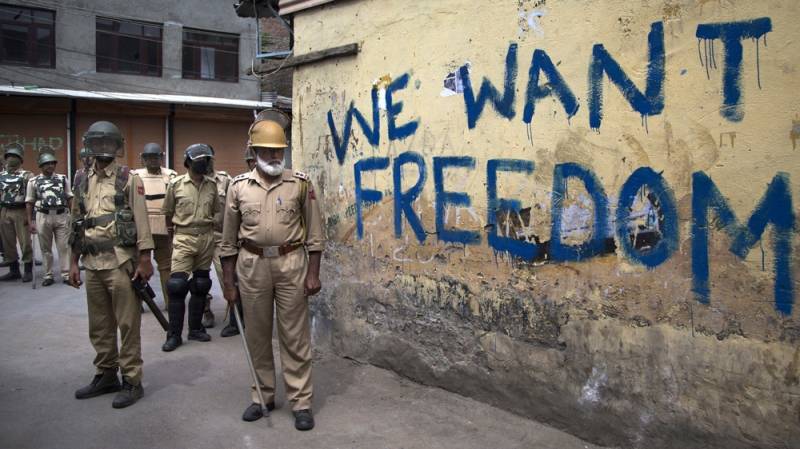 ISLAMABAD – Pakistan on Thursday reiterates no change in its stance on the longstanding Kashmir dispute amid recent developments with India.

The Foreign Office spokesperson Zahid Hafeez Chaudhri while briefing the Kashmir Committee in Islamabad mentioned that there is no change in Pakistan's position on the Kashmir issue.

Pakistan's position is anchored on the United Nations resolutions on Jammu and Kashmir dispute, he added.

On the other hand, Indian troops martyred eleven Kashmiris during the last month. Data issued by the Research Section of Kashmir Media Service depicted that during the month, fifty-one youths were critically injured due to the use of brute force including the firing of pellets and teargas shells by Indian police and paramilitary troops on peaceful demonstrators and mourners in the occupied territory.