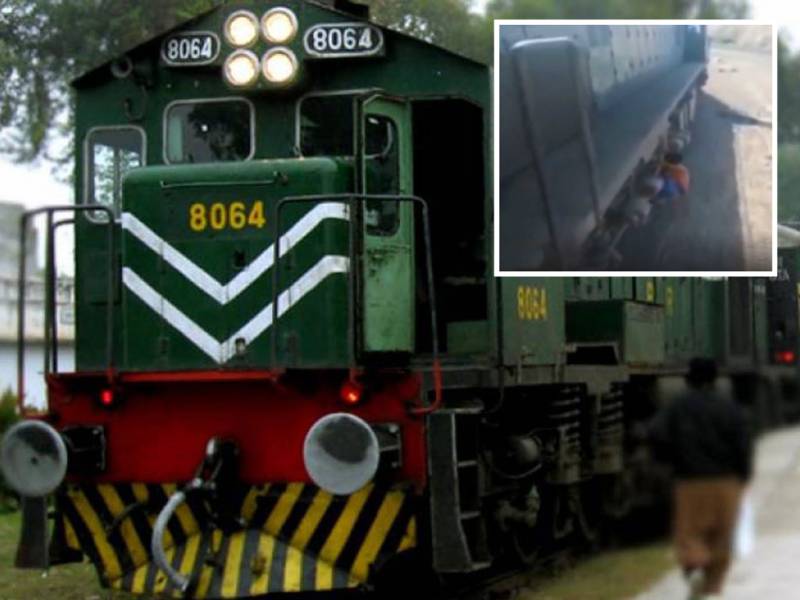 SUKKUR – In the latest video of Rohri Junction railway station, a juvenile thief can be seen stealing a brake lever and shaft from a moving train.

The short clip, which was recorded and posted by a citizen, seems like a movie scene but it’s real as a 10-12-year-old boy spotted clinging from an iron rod of Hazara Express, a passenger train of Pakistan Railways.

News of the unusual heist when aired on mainstream media alarmed the local law enforcers who later lodged a complaint against an underage boy for stealing Pakistan Railways assets.

This is not the first time for such events as many robberies of railway track, cables have been reported so far.

KARACHI – One woman was killed while several others were injured after nine wagons of the Lahore-bound Karachi ...