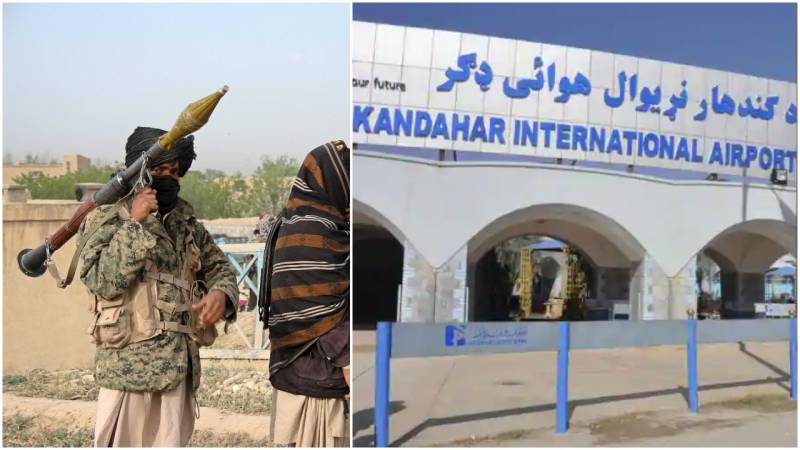 KABUL – Flights operations in Afghanistan’s second-largest city were halted after three rockets fired by the Taliban struck the airport in the wee hours on Sunday.

Reports in international media quoting cited that the Taliban claimed the attack and said it was aimed at stopping airstrikes as a weeks-long militant offensive continues in the war-battered country.

The rockets reportedly damaged the runway and the repair teams are already working on restoring operations.

Kandahar airport chief Masud Pashtun while speaking with an international news agency said “Last night, three rockets were fired at the airport and two of them hit the runway. Due to this, all flights from the airport have been canceled.”

Meanwhile, the official spokesperson of insurgents Zabiullah Mujahid said “Kandahar airport was targeted by us because the Afghan authorities were using it as a center to conduct airstrikes against us.”

The recent attack came with Taliban fighters battling in and around Herat and Lashkar Gah.

The battle has surged in the recent weeks since US-led foreign forces began a final withdrawal from Afghanistan that is now almost complete. After seizing large tracts of rural territory and capturing key border crossings, the Afghan Taliban now started to besiege provincial capitals.

Meanwhile, both the Taliban and Afghan forces have exaggerated claims of casualties inflicted on each other’s forces in the past and true counts are difficult to independently verify.