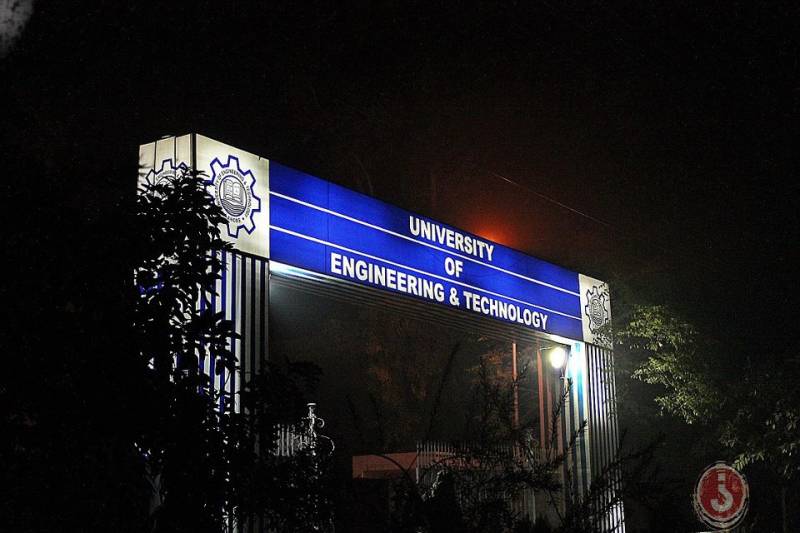 LAHORE - The master's degree of University of Engineering and Technology (UET) Lahore professor Dr Ghulam Abbas, who is currently serving as dean of architecture and planning department has been declared fake and forged.

According to the details, Professor Dr Ghulam Abbas failed to pass a subject named 'Advance Planning Technique' in his master's (MSC) degree course.

After detailed investigations by controller examinations, it was revealed that Dr Ghulam allegedly forged his marks for the said subject and increased his marks from 48 to 58 out of a total 100.

With 48 marks, Abbas failed in the subject, however, he forged his marks and controller Public Health department Mohsin Shah acted as a facilitator by issuing a notification in this regard, bypassing the office of controller examination.

The forged notification with 58 marks bears no signature from the controller office, which is otherwise pivotal for issuing any degree.

Controller examinations after a detailed inquiry have submitted a report to the Vice Chancellor office for further proceedings, in the case.

What adds insult to the injury of educational standard in the prestigious university is the fact that Ghulam Abbas , who actually failed a subject managed to become a part of UET as a lecturer and moreover got promoted as a full professor.

Despite the fact that he forged the results, he managed to grab a PhD degree as well, Daily Khabrain reported.

It has also been revealed that former principal secretary to Chief Minister Punjab G.M Sikander was in-laws of Dr. Abbas.