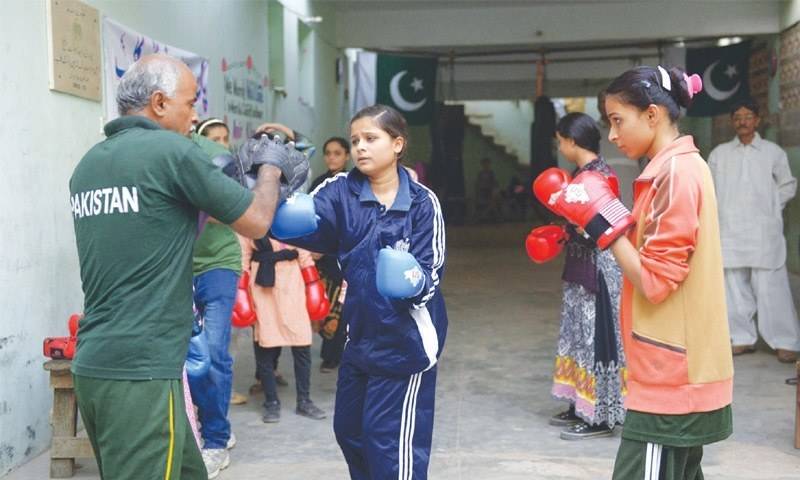 KARACHI - The Pakistan Boxing Federation (PBF) has announced the decision to hold the first-ever National Boxing Championship for Women in January 2018.

According to a statement issued by the PBF on Thursday, the championship will be organised on the sidelines of the 36th Men’s National Boxing Championship in Lahore.

PBF’s General Secretary Muhammad Nasir Ijaz Tung said “Competition (in women category) shall be held in 3 weight categories – 48-51kg, 57-60kg and 69-75kg.” adding, “Only Provincial Boxing Associations including Balochistan, Khyber Pakhtunkhwa, Punjab, Sindh, Islamabad, Azad Jammu & Kashmir, FATA and Gilgit Baltistan are eligible to participate in the Women’s Championship. Each unit can enter only one boxer in each weight category”.

He said that the federation has taken the decision following an agenda of International Olympic Council’s (IOC) aimed at promoting gender equality and bringing women boxing in limelight before 2020.

The announcement of the women championship will, surely, promote it in Pakistan. During last year, three female boxer named houshleem, Rukhsana and Sofia made history when the took part in South Asian games.

“The IOC has also advised all national federations to promote women participation in all sports and we are following that guideline. We are hoping for good numbers of participation in first National Championship of Women boxing,” local media quoted Tung.