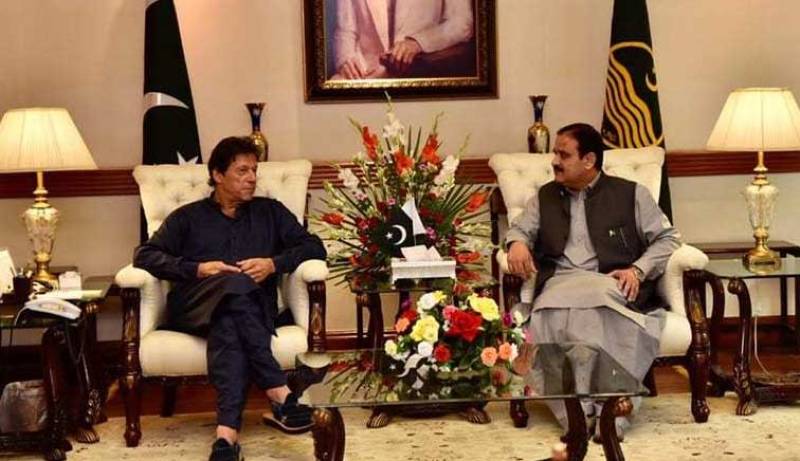 LAHORE - Prime Minister Imran Khan would be visiting Lahore for a single-day tour on Saturday.

The Prime Minister would chair a meeting of Punjab cabinet to review the performance of ministers.

The premier would also meet Chief Minister Punjab Sardar Usman Ahmed Buzdar. The core objective of his tour is to look into the steps taken regarding the Naya Pakistan Housing Program  -in which the government has committed to providing five million homes to public in five years.

This is the first tour of Prime Minister to Lahore after the completion of the first 100 days of Pakistan Tehreek-e-Insaf government.

KARACHI - The US dollar hit an all-time high of Rs142 against the Pakistani rupee in the interbank market on Friday. ...

Highlighting the successes achieved in the said period by the federal government, the prime minister had said that good days lie ahead.

Addressing the audience at the Convention Centre in Islamabad, the 66-year-old lavished praise on his wife, Bushra Bibi and credited her for the performance of his government as he took only one day off during the entire period.

“I was sworn in as your prime minister at a testing time, with a weakening economy and depleting trust in the system. This made planning our journey towards a transformed and elevated Pakistan all the more difficult. Yet we persevered, and will continue to persevere,” he said.

“During our election campaign, we laid out a transformational agenda, and set an ambitious timeline for delivery within the first 100 days, which I committed to every citizen of Pakistan,” the prime minister said in his message in the report.

On the occasion, Finance Minister Asad Umar expressed that the government was exploring alternate channels instead of solely relying on the International Monetary Fund to plug the financing gap.