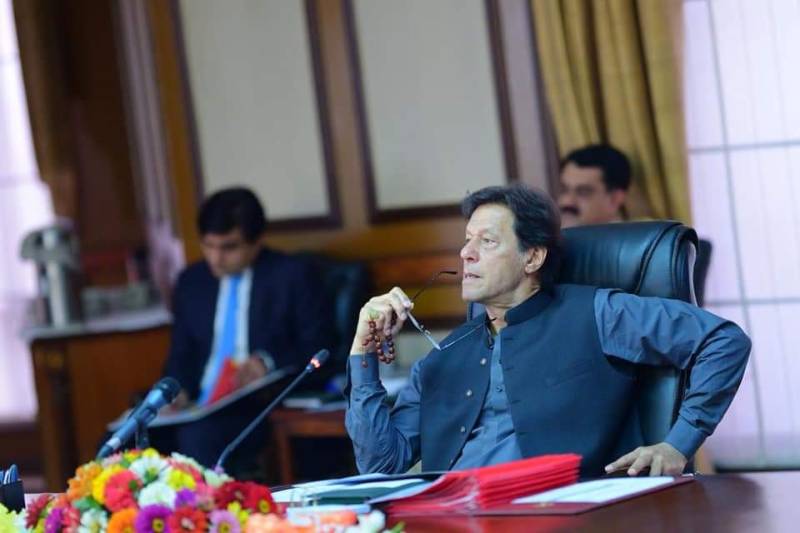 ISLAMABAD – Prime Minister Imran Khan has restricted cabinet members from carrying out foreign travel in wake of ‘key legislation’ in the coming months.

Reports in local media quoting the discussion during the cabinet meeting said the premier termed the next three months as crucial and therefore no minister should be allowed to travel abroad without seeking prior permission from the government.

Khan said the PTI government is facing numerous challenges and hence the ministers should remain in the country, per reports.

Khan shunned the party leaders regarding the incident at the Climate Change moot in Glasgow and stated the remarks as ‘unfortunate’.

Ruling party lawmaker Riaz Fatiana, who got a show-cause notice for violating the party's code of conduct, earlier brought the matter to the public eye. Fatyana leveled allegations of witnessing a heated argument between ministers.

ISLAMABAD – The joint session of the Parliament Wednesday approved amendment bills on election rules that allow ...

The Standing Committee on Accountability and Discipline issued a show-cause notice to Fatyana at the request of PM’s aide Malik Amin Aslam and sought his clarification.

The PTI committee said the allegation of the brawl was baseless as Gul returned to Pakistan to attend the parliament joint session.

In the notice, the PTI leader has been alleged to have departed for the UK to attend the COP26 on behalf of an NGO and ‘illegally’ insisted Pakistan’s visiting team to make him part of the government’s delegation, besides demanding vehicles for personal use, reports said.