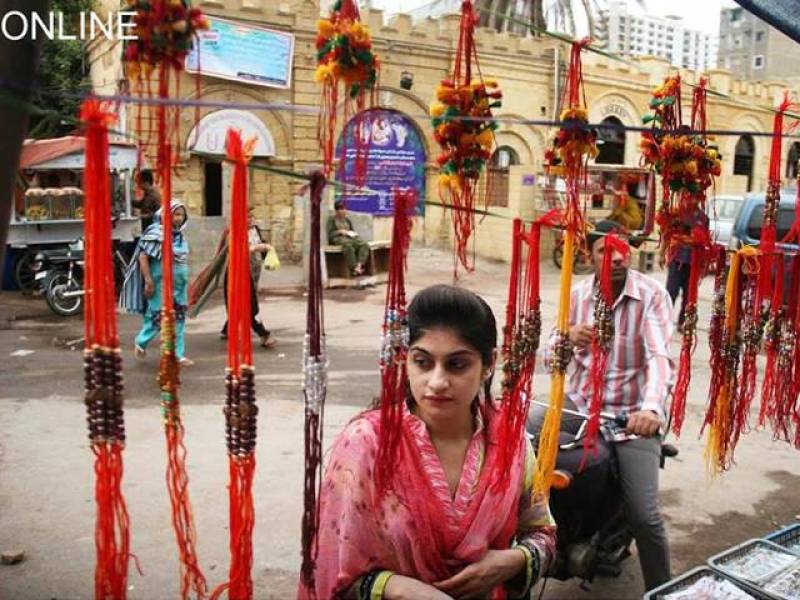 HYDERABAD (Staff Report) - Hindu Community of Sindh in general and Hyderabad in particular are celebrating their colorful festival of Raksha Bandhan (Rakhi) on Friday with religious fervor, enthusiasm and festivity.

Raksha Bandhan (Rakhi, the thread of love) festival celebrates to bond the relationship between brothers and sisters.

The sisters tie the Rakhi at the wrists of their brothers and pray for their safety while in response, the brothers bless their sisters and promise to protect them from the evils of the world.

They also give a gift as a token of their love and affection to their sisters. A large number of Hindu girls, women and even the elderly thronged the temples of the city to buy Rakhis for the grand festival. 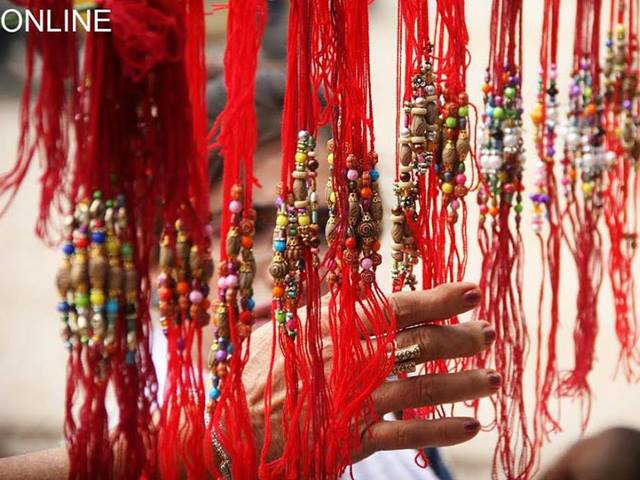 Inside the temples of Hyderabad, many shopkeepers have set up make shift stalls for selling trendy Rakhis in different colours and designs among other items which were used in Pooja.

Raksha bandhan is a prominent festival especially for the brothers and sisters. This festival has a tremendous social and cultural significance.