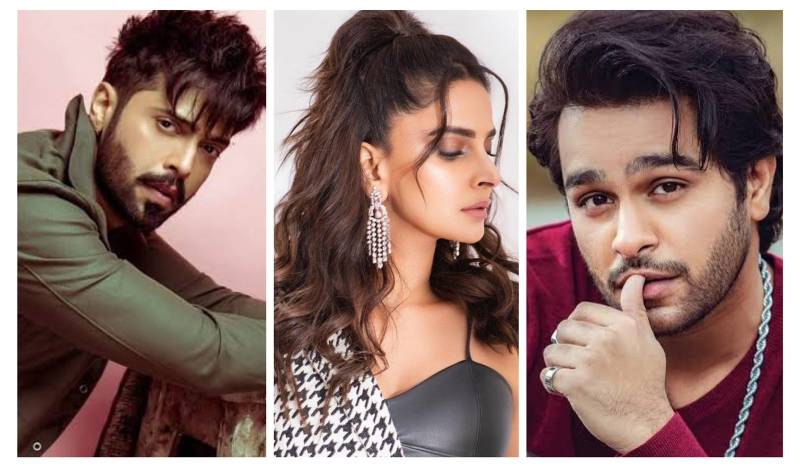 Pakistani heartthrob Asim Azhar is a stellar performer whose constant passion for creating good music reflects in his current endavours as he is back at winning hearts with the teaser of his first solo.

Featuring the gorgeous Saba Qamar and the handsome Fahad Mustafa, the Ghalat Fehmi crooner's latest song promises is a sight for sore eyes as it promises a perfect balance of romance and serenity.

Turning to his Twitter handle, the 25-year-old shared the sizzling teaser of his upcoming first album featuring Mustafa and Qamar.

“Ladies and gentlemen.. I waited so long for this moment and finally.. my first single from the album releasing very soon!!!”, he wrote.

Ladies & gentlemen.. i waited so long for this moment & finally.. my first single from the album releasing very soon!!! ♥️???????? @fahadmustafa26 @s_qamarzaman pic.twitter.com/jbFgZTtAzR

While the title of the song is not revealed, the teaser itself has sent the fans into a frenzy as it garnered thousands of likes and shares.

The music buffs are over the moon as Azhar storms the stage with his first album and the fresh on-screen pairing of the Cheekh actor and Actor in Law star has left the fans awestruck.

Earlier, Azhar stormed the internet with the much loved OST of star-studded drama serial 'Sinf-e-Aahan'.

Pakistan's sweetheart Hania Aamir has yet again created an uproar on the internet as her video at heartthrob Asim ...