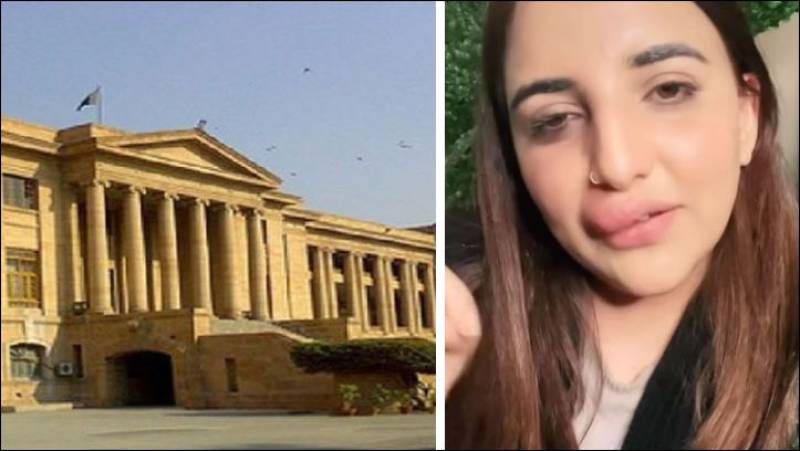 KARACHI – The Sindh High Court has restrained the federal investigators from taking any strong action against scandal queen Hareem Shah in an inquiry on money laundering charges till March 8.

The social media sensation, who earlier claimed to carry a substantial amount of money to Britain, had filed a petition in the top judicial institution in the southeastern region against a call-up notice in connection with a money-laundering probe.

The legal representative of TikTok star stated challenged the call-up notice by FIA, asking his client to appear on January 19.

FIA has approached banks to freeze Shah’s bank accounts; however, she wants to cooperate with the FIA in the alleged money-laundering case but fears being arrested on return from the United Kingdom, her lawyer told the court.

The court order said that the petitioner is residing in the United Kingdom and would not be able to reach Pakistan by the given date. A two-judge bench led by Justice Karim Agha also directed the investigating officer to appear before it on the next hearing.

Earlier, Hareem shared a clip with a swollen upper lip. Sharing her ordeal, Shah said she wanted to undergo a lip filler procedure for a while, but midway through it as Federal Investigation Agency has frozen her bank account, so she abandoned her appointment and left the procedure incomplete.

The development comes a little over two weeks after the federal officials launched a money-laundering investigation against TikTok star after she flaunted large amounts of cash that she said she was taking on her travels from Pakistan to London.

LONDON – A Pakistani social media celebrity has denied any wrongdoing after her video with a huge pile of foreign ...