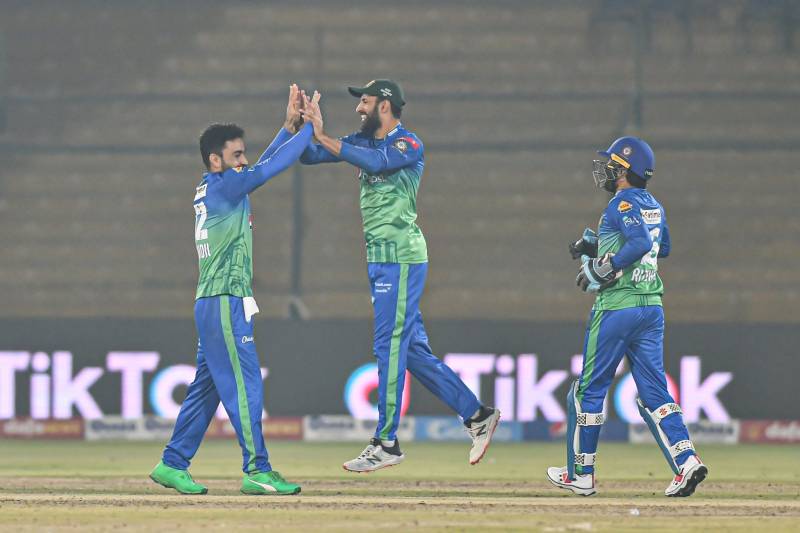 KARACHI – Multan Sultans defeated the Islamabad United by 20 runs in the eighth match of the 34-match Pakistan Super League 7 (PSL 7) at National Stadium on Tuesday night.

Earlier, Multan Sultans set a target of 218 runs, so far highest in the ongoing season of the PSL 7, for the Islamabad United.

Earlier, United won the toss and elected to field first.

Shadab led squad has made a brilliant start to their campaign, having registered a 9-wicket win over Peshawar Zalmi on Sunday.

Star pacer Hasan Ali and all-rounder Faheem Ashraf bowled with perfection in the power play and reduced Zalmi to 35 for 4.

Your ROARING #Sherus will be back in action tomorrow!

On the other hand, Sultans are still at the top of the points table with six points to their name as they have not yet lost a single of the three matches they've played so far.

On Monday, Shan Masood’s impressive batting helped Multan Sultans to set a target of 175 runs for Quetta Gladiators. Sohaib Maqsood and Rilee Rossouw made 21 runs each while Tim David made an unbeaten 28 off 16 balls, taking the total above 170 mark.