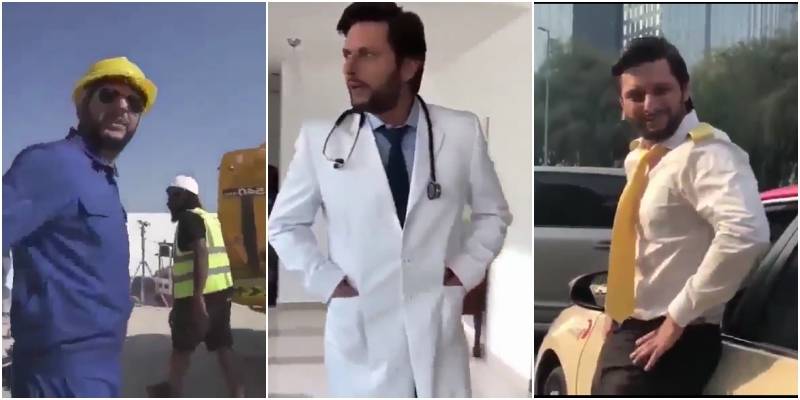 LAHORE – Shahid Afridi, who is famous for his quick batting average, has now emerged in a new video that is going viral on social media.

The 29-second video shows the former Pakistan skipper acted some different characters that he {Afridi} never done before.

After seeing Afridi, as a civil engineer, a doctor, a cab driver, and Arab Sheikh in traditional dress during the course of the clip, the social media users started speculating about the purpose of the video.

At the end of the video, the cricketing sensation looking into the camera and saying, “You guys must have gotten confused. Will let you know the reason behind the video very soon.”

A number of Twitterti believe that the clip is about an advertisement that will be featured during Expo 2020, to be held in Dubai.