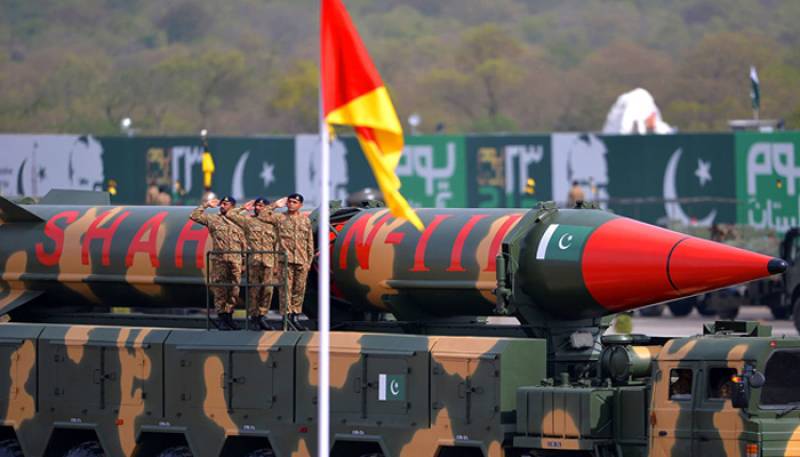 ISLAMABAD – Pakistan and India have exchanged the list of nuclear installations and facilities under an agreement barring them from attacking each other’s atomic facilities in an event of war, Radio Pakistan reported.

In accordance with Article-II of the Agreement on Prohibition of Attacks against Nuclear Installations and Facilities signed between Pakistan and India on 31st December 1988, both the countries inform each other of their nuclear installations and facilities on 1st January every year.

The two countries have also set up a telephone hotline to prevent accidental nuclear conflict.

ISLAMABAD - Pakistan on Tuesday handed over a list of 537 Indian prisoners including 54 (civil) and 483 ...

The Foreign Office in a statement on Tuesday said the list of nuclear installations and facilities in Pakistan was officially handed over to a representative of the Indian High Commission in Islamabad this morning.

He urged the Indian side to respect the 2003 Ceasefire arrangement; investigate this and other incidents of ceasefire violations; instruct the Indian forces to respect the ceasefire, in letter and spirit and maintain peace on the LoC and the Working Boundary.

He also urged that the Indian side should permit United Nations Military Observors Group in India and Pakistan to play its mandated role as per the UN Security Council resolutions.

The Indian Ministry of External Affairs in New Delhi also handed over the list of Indian Nuclear installations and facilities to a representative of the Pakistan High Commission.

The lists have been exchanged consecutively since 1992.