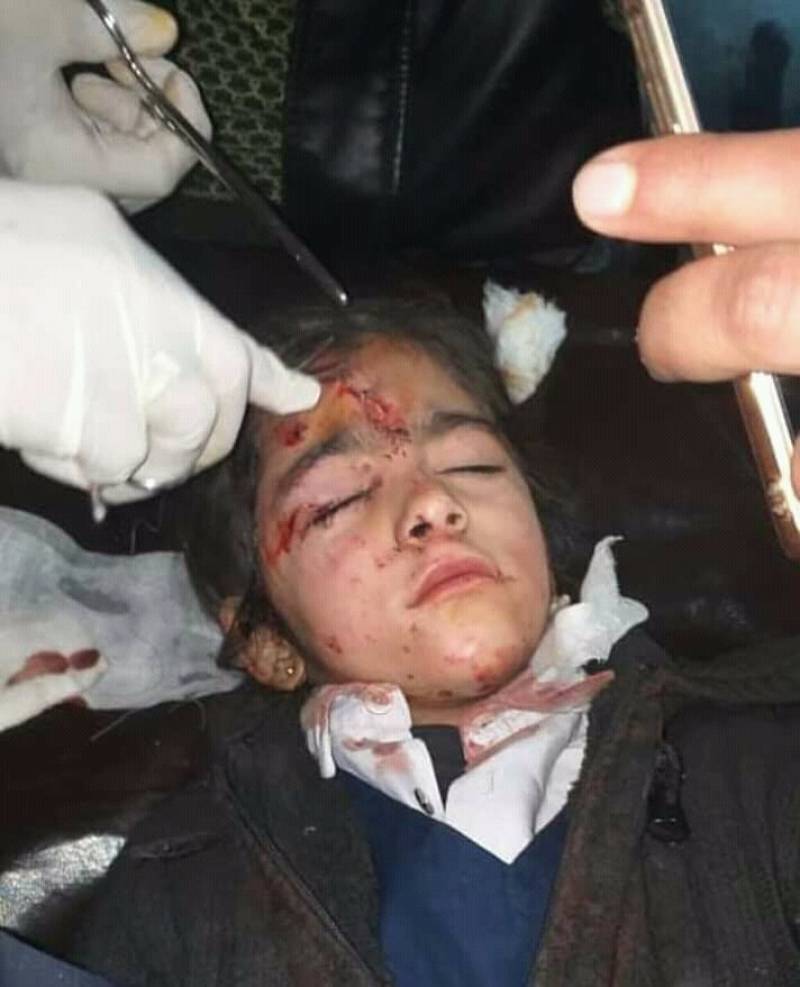 MUZAFFARABAD - Press for Peace (PFP),  a Jammu and Kashmir(J&K) based peace promoting organisation has asked for an immediate cessation of violent cross-border shelling and targeting of the civilian population in Neelum valley sector at Line of Control (LOC) in Jammu and Kashmir.

A least one civilian died and nine others including a child and four women injured in the heavily militarised border district on Monday, officials say.

PFP has protested against the violence and asked for an immediate inquiry of the incident by international peacekeeping officials installed in conflict region to oversee the border situation in Jammu and Kashmir.

The Neelum Valley is one of those border villages known as the hotbed of cross-border firings and serves as an exercise area for military muscle -flexing in restive LOC.

Indian forces reportedly targeted the civilian population in Athmuqum area, where the offices of Neelam Valley district are based.

A village woman Asia, hit by Indian army shelling was rushed to the local medical facility, but could not survive fatal injuries.  Several other people including a policewoman official and four children have been reported as injured due to shelling. A six-year school girl Misbah Jameel (picture attached) was also hit by a mortar shell while she was on the way to her school.

Eyewitnesses say hundreds of students remained stranded in schools and a local university campus for several hours and an atmosphere of anger prevailed in the area.

Local journalists made frantic calls to report to mainstream Pakistani and international media organisations to describe the alarming situation and violent use of force by Indian army resulting in targeting of the civilian in Kashmir region.

Pakistan and India, who both claim the divided territory of Kashmir in its entirety, made a cease-fire accord in 2003, however, both blame each other for violating peace agreement.