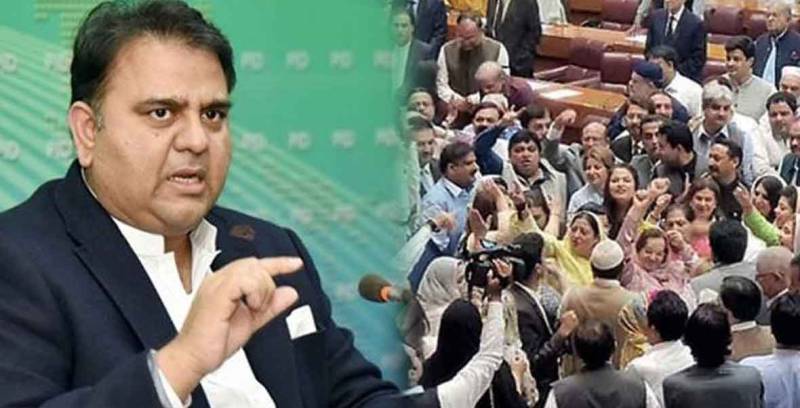 ISLAMABAD – It's the time of year when everybody makes pledges, ‘that will almost certainly be broken by the end of the first week’, federal Information Minister Fawad Chaudhry stressed the need for the government and the opposition to initiate talks on the country’s prevailing issues.

Chaudhry’s tweet comes as the PTI-led government and opposition are at loggerheads in wake of Finance Supplementary Bill 2021 and rising petroleum products.

However, Chaudhry who is known as a firebrand politician marked the beginning of 2022 with a positive note saying government and opposition need to ‘reduce bitterness’ in the country's politics this year.

At the beginning of the new year 2022, I think we need to reduce bitterness. The government and the opposition should talk on elections, economy, political and judicial reforms, he wrote in a tweet saying Pakistan is a great country and the bitter connection diminishes the ‘prestige’ of politicians.

His tweet comes in a time when the government is facing hard times for the approval of a bill which is necessary to ensure Pakistan's sixth review of the $6 billion Extended Fund Facility gets cleared by the International Monetary Fund’s executive board on January 12, paving the way for the disbursement of about the $1bn tranche.

The politics in South Asian country has once become rough as the opposition alliance announced to hold an anti-inflation march in March this year.