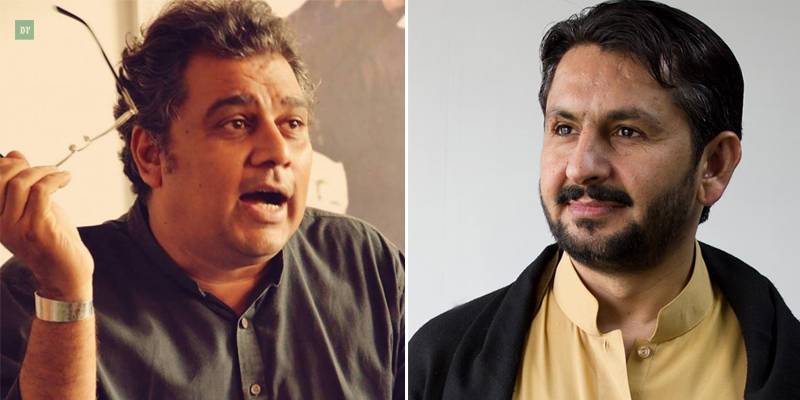 Saleem, while in a talk show on Dawn News a few days ago accused  PTI's Karachi stalwart of working against Saudi Arabia and in favour of Iran. The journalist affirming his point claimed that he was in possession of WhatsApp messages shared by Ali suggesting the same.

Moreover, Saleem Safi expressed that the policies of Ali's party, Pakistan Tehreek-e-Insaf were in line with his observation.

Rubbishing the claims of the Geo television anchor, Ali Zaidi in a furious tone maintained that he would take the journalist to court after which he would have to reveal the messages and prove his point.

Days after the verbal spat, Ali Zaidi sent a notice through his legal team and said that the journalist tried to harm his reputation through misleading propaganda and endangered his life.

"Saleem Safi tried to fan the flames of sectarianism and Fassad Fil Arz (mischief on earth)," alleged Ali Zaidi and claimed that the allegations put forth by him were absolutely baseless.

The notice uploaded by Ali Zaidi on his Twitter handle directs the television anchor to apologise within a span of two weeks and retract his observations.

Here is a copy of the legal notice to Salim Safi! I'll see you in court inshallah. pic.twitter.com/hQDUKfeNgR