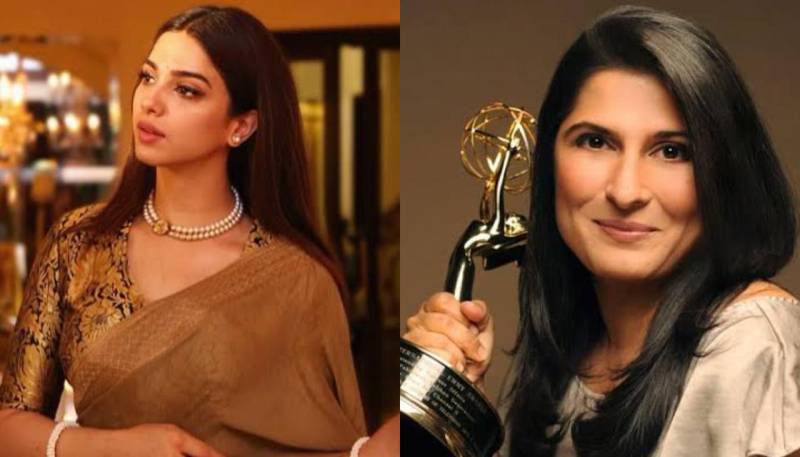 Sonya Hussain has finally responded to the backlash that has been directed at her over scrutinising Mahira Khan’s choice for starring in the Bollywood film Raees.

Earlier, Hussayn’s comment did not sit well with filmmaker Sharmeen Obaid Chinoy who slammed Sonya for her comments. "Don't think you'll ever be Mahira Khan so you won't ever get to say no - don't diss other women in the industry, [it] reflects poorly on you and your upbringing," she wrote.

Responding to the criticism directed her way, the Ishq Zehnaseeb star said, "Pulling one woman down while putting another up in full view of the public and talking about upbringing! Besides, the pandemic has given too much extra time to some people to ‘dis’ others by taking things out of context. Had I been asked for which of the films I’d opt for, I would have chosen Verna.” 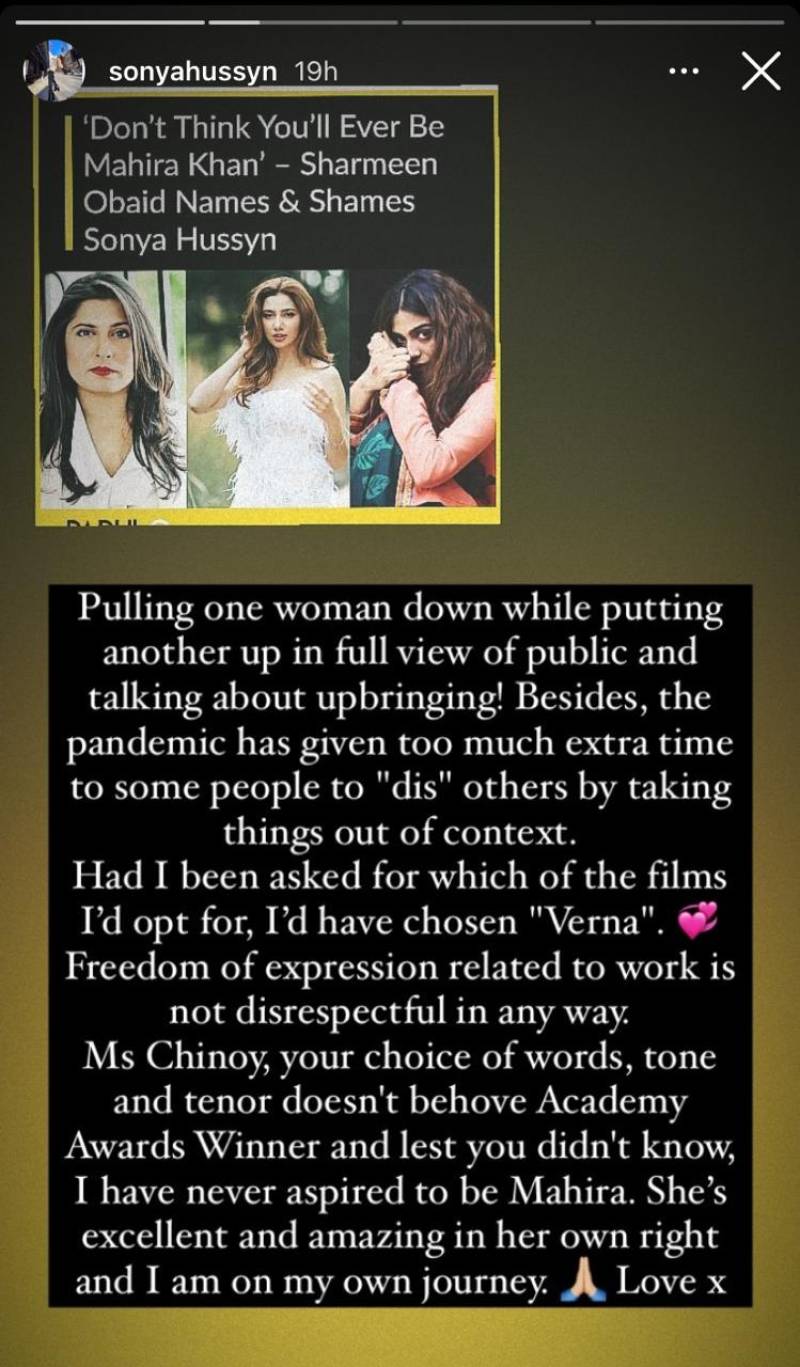 “Freedom of expression related to work is not disrespectful in any way. Ms Chinoy, your choice of words, tone and tenor doesn’t behove an Academy Award winner, and lest you didn’t know, I have never aspired to be Mahira. She’s excellent and amazing in her own right and I am on my own journey. Love x.”, she concluded.

Feroze Khan also took his Instagram story to share his stance, he wrote. “I once saw this YouTube link where the woman she made a documentary on, for which she won Oscars, was complaining she never paid her. While talking about upbringing. @SonyaHussyn these people don’t decide your destiny. Laik olad k saray baap hotay hain! Stay strong.”

Hussyn responded, “@FerozeKhan of course! And Allah is indeed the best planner!” 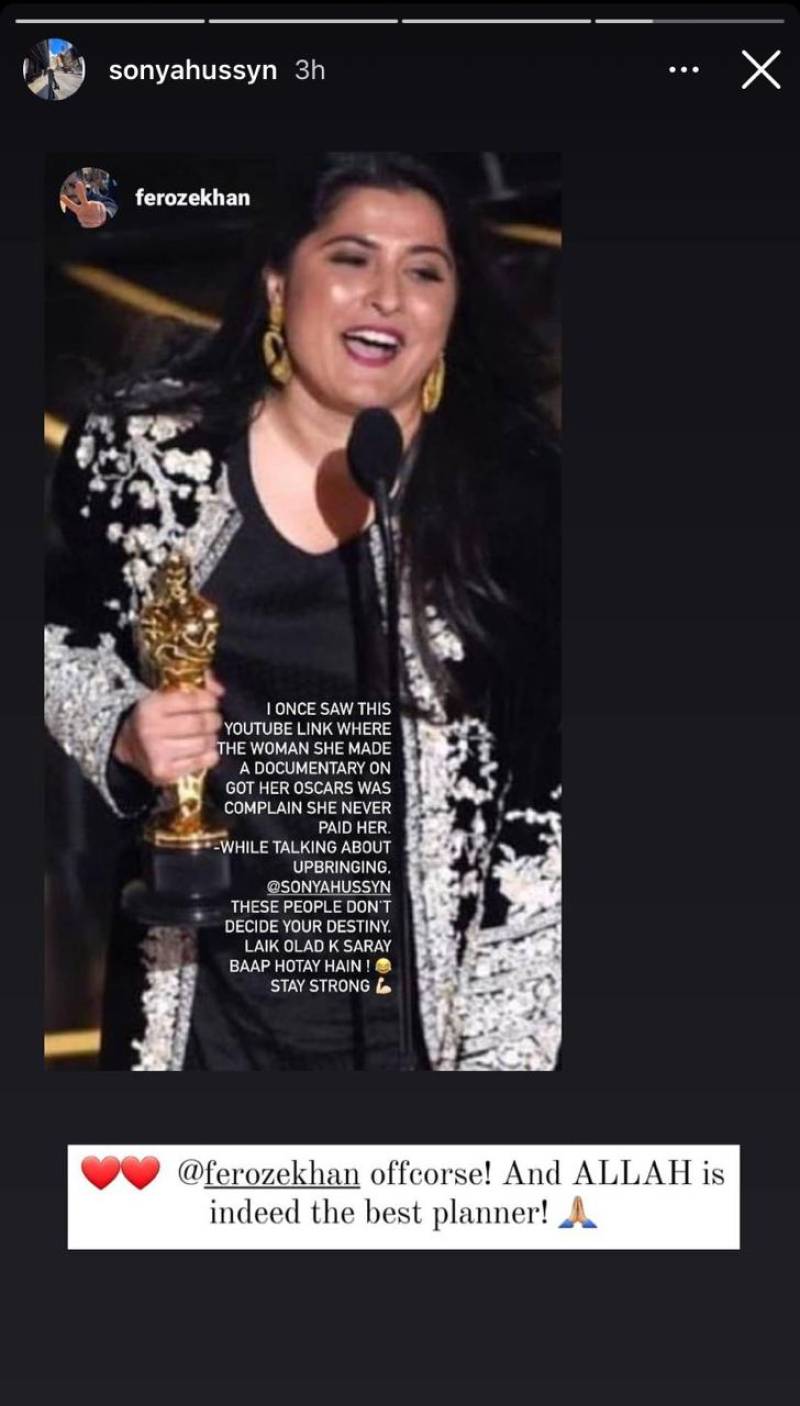 Sonya Hussayn has landed in hot waters after an old interview clip started doing rounds on the internet where the ...