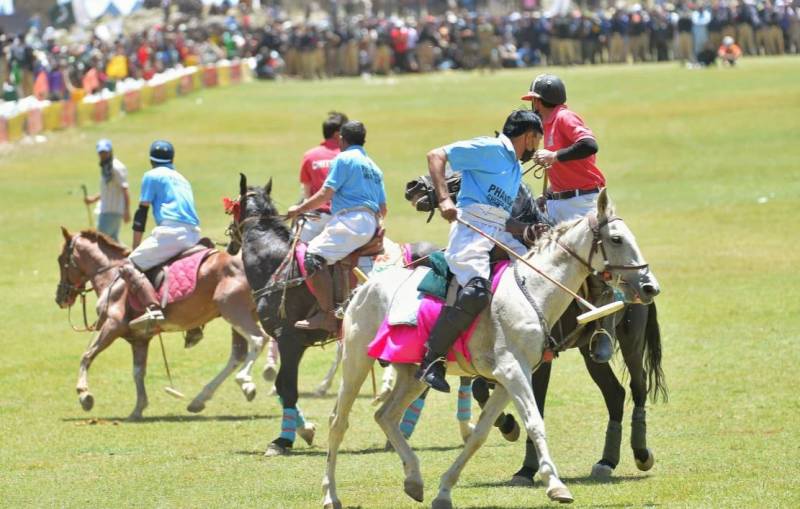 Formally launched in 1982, the Shandur festival was included in the calendar of national events by the government and it is started in the first week of July every year.

This year, the festival started with a colorful opening ceremony. Paratroopers and paragliders received special tributes from the crowd at the inaugural ceremony jointly organized by the Khyber-Pakhtunkhwa government and Frontier Corps North.

Three matches were played between different teams on the first day. Civil and military officials and local administration officials attended the event while a large number of tourists from all over the country also enjoyed the festival.

In the previous years, the festival was suspended in wake of the Covid-19 pandemic, and it is being held this year with the coordination of the governments of Khyber Pakhtunkhwa and Gilgit Baltistan.