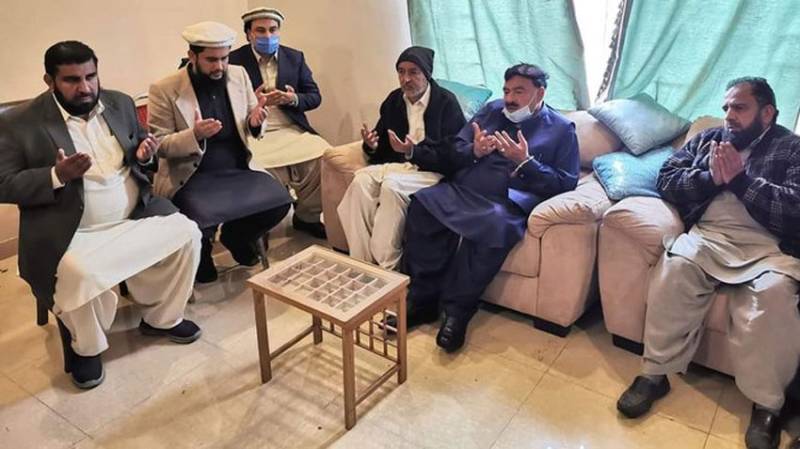 He prayed for the bereaved family and ensured them provision of justice in the case.

Bukhari in a tweet said that they met the family of Usama, who was a member of the Insaf Student Federation (ISF), on the instructions of Prime Minister Imran Khan.

ISLAMABAD – A team of government on Sunday met the family of Usama Satti, who was gunned down by Counter ...

They assured them of a complete transparent probe into the matter and its results. He added, “Usama’s services for ISF will not go in vain. All depts meant for public service are answerable to people, no misuse of authority is acceptable”.

Chief Commissioner Islamabad Amir Ahmed Ali formed a joint investigation team (JIT) to probe the death of a 22-year-old in an alleged encounter.

SP Sarfaraz Virk has been named as the head of the JIT that also comprises other officers of the Islamabad city.

Amir formed the team under the anti-terrorism act. It is required to carry out a detailed investigation into the incident and submit a report at the earliest.

Five Counter-Terrorism Force (CTF) officials have been detained for opening fire on a vehicle that killed Usama Satti.