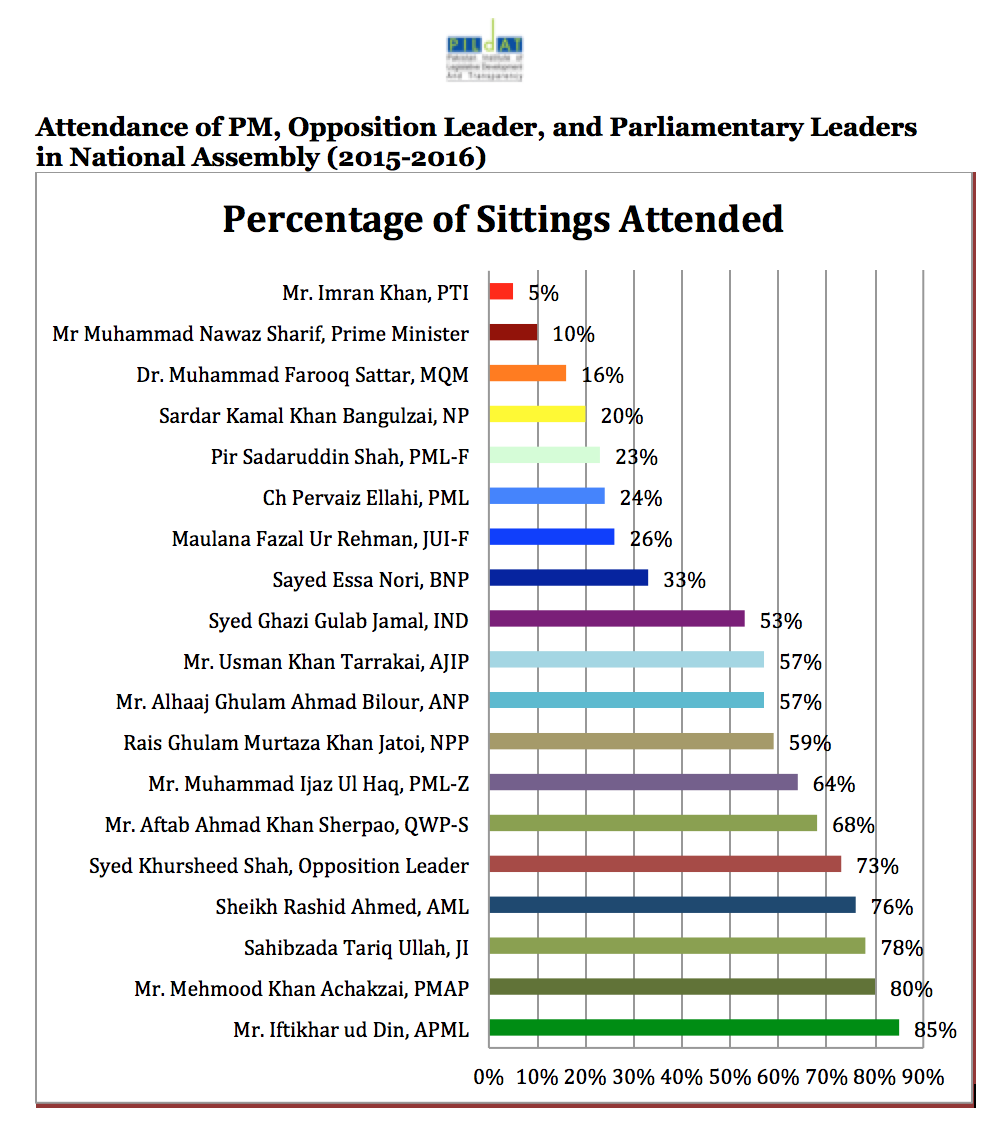 While MNAs file Statements of Assets and Liabilities with the ECP, recent events such as the leaks of the Panama Papers make it clear that this is insufficient to make MNAs accountable to citizens. PILDAT advocates increasing the power of the Parliament itself to hold MNAs accountable. This would be done through the introduction of Conflict of Interest provisions. PILDAT recommends that MNAs declare all financial interests that may potentially create a Conflict of Interest between their duties as legislators and their personal interests in a Register of Members’ Financial Interests.

The Oversight of the Executive in 2015-2016 received a score of 44%. The Public Accounts Committee along with its sub-committees led by the Leader of the Opposition, Syed Khursheed Shah, MNA (NA-199, Sindh, PPPP) met 118 times this year: 30% more than the previous year when it met 91 times. Meanwhile, Standing Committees met on average for 13 sittings each. The Standing Committee on the Cabinet Secretariat was most active in 2015-2016 with 38 meetings of the Committee and its sub-committees under its belt. The least active Committee was the Standing Committee on Parliamentary Affairs, led by Mian Abdul Manan, MNA (NA-83, Punjab, PML-N) that met only 5 times.

No significant strides were made in the financial oversight either. On June 03, 2016, Senator Ishaq Dar, Finance Minister, is due to address the House through the customary budget speech. As is the norm, within 2-3 weeks the budget session will be wrapped up and the Federal Budget 2015-2016 will be passed with the usual lack of scrutiny. In June 2015 the National Assembly discussed the budget for only 15 sittings. In comparison, the Indian Lok Sabha discussed its 2016 budget for 31 sittings over 87 working days.

The National Assembly witnessed a decline in Involvement in Foreign Policy to 34% from 41% in 2013-2014. The sudden decision by the National Assembly to cancel its hosting of the 61st Commonwealth Parliamentary Conference (CPC), less than two months before it was scheduled to take place as the National Assembly refused to extend an invitation to the Speaker of the Jammu and Kashmir Legislative Assembly appeared to be both embarrassing and irresponsible.