I take a break whenever the noise in my head reaches its peak: Zaira Wasim 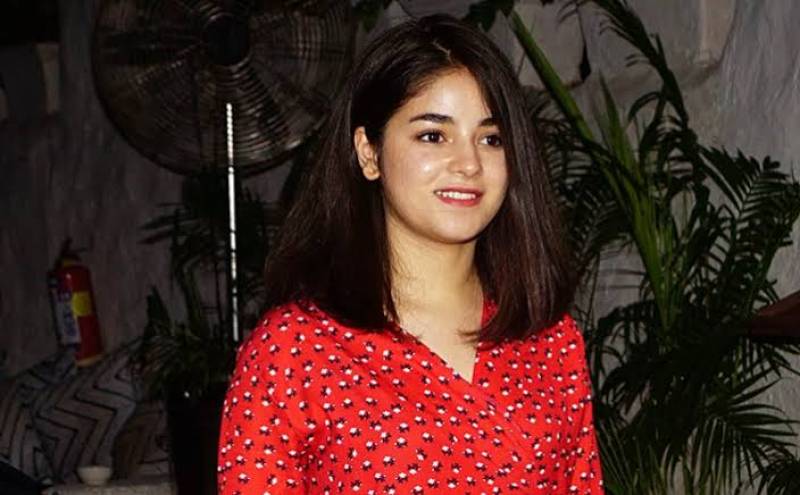 Former Bollywood actor Zaira Wasim is back to social media after a short break when one of her tweets enraged a few.

It can be the words of strangers that cut the deepest, especially when you are in the spotlight.

Zaira Wasim wiped away her Twitter and Instagram accounts after being ambushed by social media trolls for quoting the Quran in light of the locust attacks occurring in Mumbai this week, reported Mid-Day.

“So we sent upon them the flood and locusts and lice and frogs and blood: signs openly self- explained. But they were steeped in arrogance – a people given to sin,” she had tweeted.

she just wrote what Quran is saying what is wrong in it ....I stand with sister zaira Waseem she is daughter of kashmir ..
& Hell with sanghis....#standwithzairawasim pic.twitter.com/BhnuaRnB5p

Moments later, Wasim’s Twitter was flooded with hateful comments from netizens who thought that she was trying to justify the attacks. Shortly after receiving such comments, Wasim deactivated her Twitter and Instagram accounts.

Zaira took to Twitter to answer a user’s question as to why she unplugged from social media initially. “Why did she deactivate her account?,” it read.

Zaira responded, “Because I’m just a human, like everyone else, who’s allowed to take a break from everything whenever the noise inside my head or around me reaches it’s peak.”