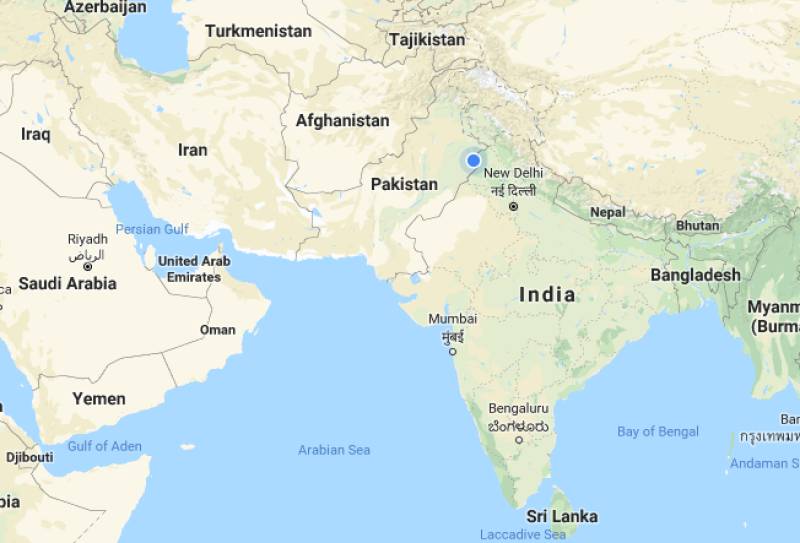 Senators Raza Rabbani and Farhatullah Babar either don’t read the newspapers or selectively attend to them. Hence, incoherent and bizarre activism echoes in the ‘supreme’ parliament. Blinded by ideological taints or political expediency, the country’s politicians have perfected the art of justifying their suicidal blunders.

A fortnight ago, Iranian President Hassan Rouhani made a momentous visit to India, underlined with bold statements and far-reaching agreements. The veteran parliamentarians and newcomers (Arif Alvi and Shireen Mazari) alike have yet to shed light on Iran’s unequivocal support for India’s ‘right’ to veto power at the United Nations Security Council as President Rouhani praised Modi’s ‘peace-loving’ country.

None of the mainstream newspapers penned editorials when Tehran stood by Delhi for its bid for veto power. Their headlines were vague and misleading. A fortnight later, the issue is buried under the pile of everyday news. Before detailing the implications of Rouhani’s India trip, here are some details.

The Iranian leaders landed in Hyderabad and address a congregation in Hyderabad on February 16 where he landed straight from Tehran. It marked a new addition to the diplomatic toolkit of the theocratic regime.

The delegation level talks between Narendra Modi and Hassan Rouhani picked the thread from President Mohammad Khatami’s groundbreaking visit of 2003, which was marked by Iran-India defense pact. The New Delhi declaration of January 23, 2003, serves as the basis of relations between the two countries. Nine agreements were announced to have been signed while much remains under the wraps.

Speaking the Observer Research Foundation, Rouhani described his host country as a peace-loving country, adding, “Why India with a population of over 1 billion doesn't enjoy veto rights and why does the US have veto rights?”

He also said, “India and Iran have a common stance in effectively dealing with terrorism and extremism, and called for concerted regional efforts to deal with the challenge.”

The Iranian leader boasted that Tehran and Delhi did not disagree on a ‘single topic’ as both sides deliberated on a range of pressing bilateral, regional and international matters.

The joint statement also quoted Rouhani acknowledging the aspiration of India to play a greater role in international fora. “The two leaders reiterated the importance of strong United Nations and emphasized the need for an early reform of the Security Council reflective of the current geopolitical realities.”

Though either side does not publicly discuss defense pacts under the larger umbrella of 2003 security agreement, the Indian media did hint at exhaustive consultations. Prima facie, the two National Security Councils will “enhance regular and institutionalized consultations’ on issues such as terrorism and security, and money-laundering, drug trafficking etc.

Iranian Navy has keen for India cooperation and the issue gets a mention in the joint statement as well. The publicly declared engagements will vary from port calls to training and regular exchanges of defense delegations. Much remains shrouded in secrecy.

The convergence of Tehran and India’s viewpoint is also evident on matters relating to Afghanistan. The joint communiqué reads, “They stressed the significance of strengthening India-Iran-Afghanistan trilateral consultations and coordination, including by suitably supplementing their cooperation on Chabahar. In this context, they also called upon the countries of the region to come forward for enhancing regional connectivity and take steps to do away with the obstacles on land transit.”

For Iran watchers globally, handing over to Chabahar’s control to India was the highlight of the landmark visit. The lease contract for Shahid Beheshti Port-Phase 1 of Chabahar was signed between Iran's Port and Maritime Organization and India Ports Global Limited. Inaugurated in early December 2017, India, Iran and Afghanistan have ratified the Trilateral Agreement on Establishment of International Transport and Transit Corridor while wheat assistance from India through Chabahar Port has also opened one-way traffic to Afghanistan. The Indian businessmen committed to setting up plants fertilizers, petrochemicals and metallurgy plants in Chabahar FTZ in due course of time. The port and industrial free zone flags as India’s newly acquired prominent strategic asset. Rouhani’s visit clears some mistrust about India’s financial commitments towards the development of the port, which rest at meager $500 million.

Here is a list of other pacts and memorandums signed between Iran and India:

•          MoU on Exemption from Visa requirement for holders of Diplomatic Passports

•          Instrument of Ratification of Extradition Treaty

•          MoU on Cooperation in the field of Traditional Systems of Medicine

•          MoU on Cooperation in the field of Agriculture and Allied Sectors

Both Delhi and Tehran are still haggling over the Delhi’s desire to buy a stake in South Azadegan oil field. The regime wants to maintain sovereign control over such vital national assets. Thus, there has been no progress beyond sharing some data on certain fields to the Indian team last week in Tehran. Meanwhile, India has also offered a development plan worth about $6 billion for Farzad B but Iran has not been much forthcoming. Delhi also aspires to get $4 per million British thermal units. So far the Rouhani government has been looking towards the Russians for the development of the gas field.

On the other hand, Iran is not shunning India overture outrightly as it seeks to regain its lost status of the second largest petrochemical supplier to India. Though Iran is cutting down on the discount offered during the sanctions'​ era, from 80 percent to 62 percent, it offers Indian refineries to increase purchases in lieu of 100 percent freight discount.

With such ground realities and trends in India-Iran relations, the obvious attempt both the countries have made is de-hyphenate their bilateral relations from Pakistan’s. As much warming ties with Tehran seems a tough test for Delhi in Washington DC, no less challenging will be for Iran to justify to Pakistan teaming up with India in Afghanistan (through logistical, political and diplomatic support).

The next part of this column will explain the implications and responses to India-Iran ties in greater detail tomorrow. To be concluded . . .