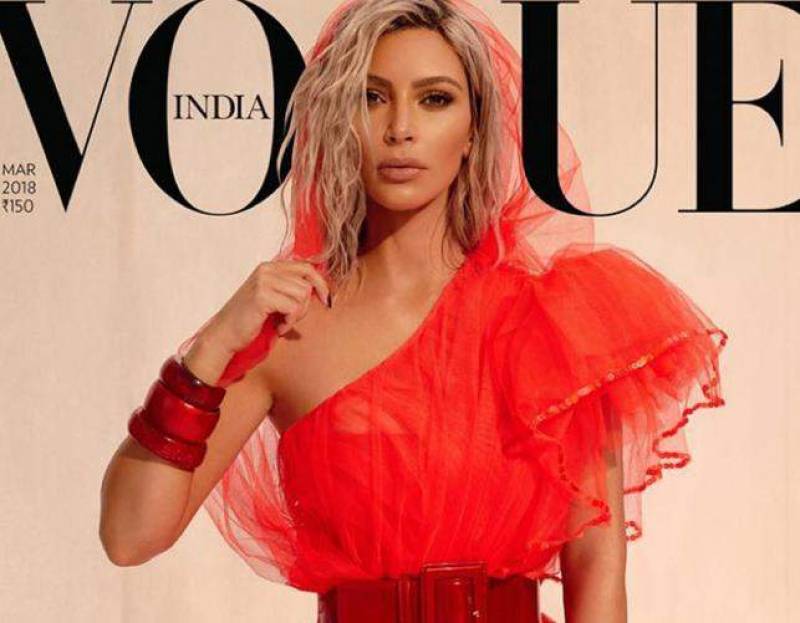 NEW DELHI - The Kardashians are never out of the news and this time its thanks to Kim's latest shoot for Vogue India has sparked some debate which is not pretty.

The 37 year old reality TV star is appearing on the cover of Vogue India for the March issue, but people have felt that a South-Asian talent instead of Kim on the feature would have been a more appropriate move.

This isn't the first time that Vogue India has received criticism on the choice of stars featured on their cover. In May 2017, when Kim's sister Kendall Jenner appeared on the cover, the magazine received similar backlash.

Here are a few comments that sum up the criticism: "I have nothing against Kim Kardashian but @VOGUEIndia is really doing itself a disservice by continually neglecting to portrait brown women in their 'magazine' — you're perpetuating a detrimental cycle of underrepresentation. Stop white washing your own damn culture."

And another as: "No shade on the Kardashians.. but like y’all seriously couldn’t find an INDIAN for the cover? First Kendall & now Kim?  @VOGUEIndia’. ‘I can’t believe @VOGUEIndia featured Kim Kardashian on their cover as if we don’t see her featured on a different magazine every day. India’s vogue should embrace and feature their own south Asian women instead of choosing someone from pop culture."

Vogue India released a statement defending the star and saying, "In the last 10 years,  Vogue India has had only 12 international covers, including Kendall Jenner in 2017. Therefore, statistically, 90 per cent of our covers are Indian! And we are proud of that. India has given the world so many beautiful faces to admire. After all, we are Vogue, an international brand, and we want to give the love back by featuring some of the best international celebrities on our covers. Occasionally!"