Social media reacts to the release of Maria B’s husband 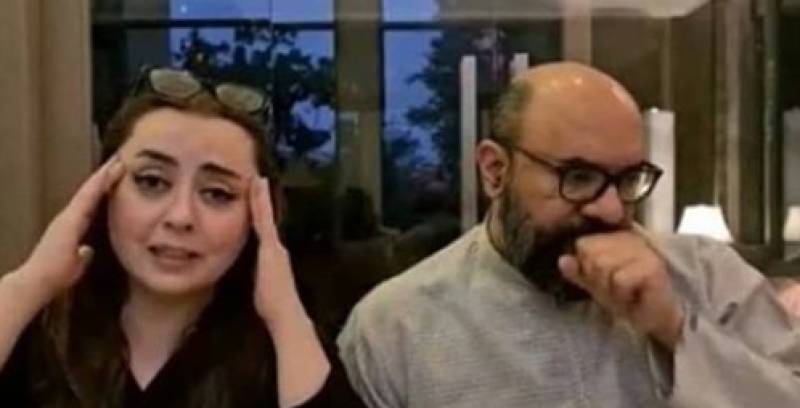 LAHORE - The famous Pakistani fashion designer Maria. B posted a video on her Facebook in which she explained the incident of her husband’s arrest.

The police arrested Saeed from his house as an FIR was r4egistered against him for hiding the test results of his cook and sending him to his village. Police said that the servant met many people while on his way back home and in his village Karam Pur. The entire village will now have to be quarantined due to criminal negligence of Tahir Saeed.

As people starting bashing Tahir Saeed’s actions and being irresponsible,  Maria and Tahir posted a video clarification of the entire event, which in Tahir’s words, “is pure panic, especially at a time when the Prime Minister is urging people to not panic.” He labelled the police raid at his house as “abuse and harassment”.

Suppose we were to test positive for COVID-19 which we haven’t – we both tested negative – are we criminals for it?” said Maria, “My cook went to Vehari at a time when the pandemic had not hit Punjab and he came back on March 11. Around March 18, he complained of some symptoms, so I got Chughtai Lab to come over and run a test for him which came positive,” Maria added.

Both of them defended their decision of sending their cook back to his village. “We gave him proper directives, asking him to not travel in public transport. We even gave him extra money for that. He was to travel with his brother. We also made sure he had a spare room he could quarantine in,” they said.

Here's what Twitterati have to say regarding the Maria B episode:

Always wondered what B in Maria B stood for. It's bay-hissee.

Maria B thanks PM Imran Khan & army for intervening & having her husband released.Tahir Saaed was arrested for sending his cook, who had tested positive for coronavirus, to his native village. Is PM & army just for rich & punishments only for the poor. Is this "Riyasat-e-Madina"? pic.twitter.com/QP5EkGOlbd

Govt should remove the discriminatory system between two classes and arrest the offender.
The isn't only negligence but a crime to sent her cook to his village while knowing that he's #COVID19 positive .#MariaB pic.twitter.com/Haqy5hQpZh

Can the Police be more polite in Pakistan? Of course but don't blame them for doing their job. For those who dont know it is crime under PPC 269 & 270 to either negligently or malignantly do acts which you know are likely to spread infection of disease dangerous to life. #Corona pic.twitter.com/WmERKGscu3

Several memes also appeared on the social media forums featuring Maria B and her husband: