Currently, four people are now being treated for COVID-19 in Pakistan 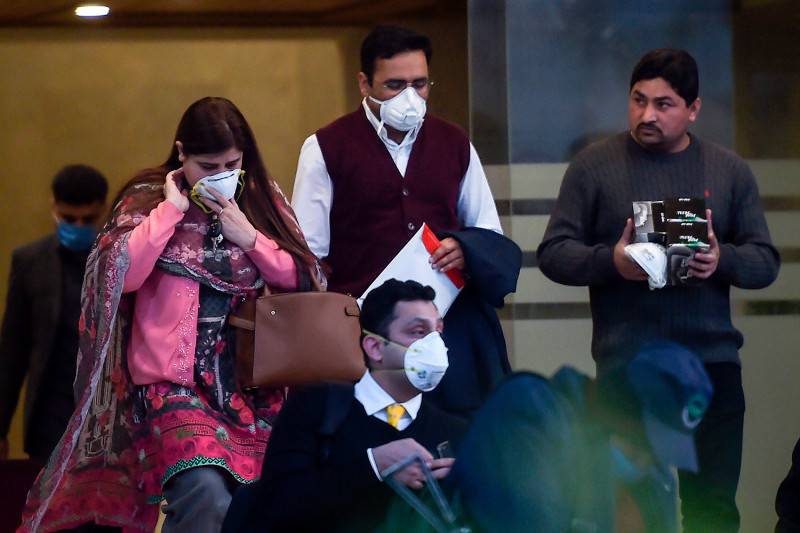 ISLAMABAD – Six out of seven Pakistani students, who got infected with coronavirus in the city of Wuhan, have fully recovered from the disease, Special Assistant to Prime Minister (SAPM) on Health Dr. Zafar Mirza confirmed on Sunday.

Those six students have also been discharged from the hospital in Chinese province of Hubei, Dr. Mirza said in a talk show “Sawaal With Amber” when he was asked about the status of stranded Pakistanis in China. Although he couldn’t confirm the discharge of the seventh student from the Chinese medial facility, the health adviser hoped full recovery for the patient.

Highlighting preventive measures being taken by Pakistan to deal with the coronavirus, Dr. Zafar said the government was in contact with the families of the Pakistanis students.

He once again assured their families that the government will look after them.

Meanwhile, the government is taking effective measures to prevent the outbreak of coronavirus in the South Asian country with the Health Ministry and provincial governments being put on high alert.

As a pre-emptive measure, the Chaman border between Pakistan and Afghanistan has been closed for seven days. International Health Regulation guidelines are being followed on all air and land routes.

Currently, four people are now being treated for COVID-19 in Pakistan.

KARACHI – The Sindh government has announced to extend closure of all educational institutions across the ...

Globally, more than 2,900 people have died from the fast-moving virus that appears to have originated in China in December. Several European countries announced new cases with more than 87,000 people infected worldwide.