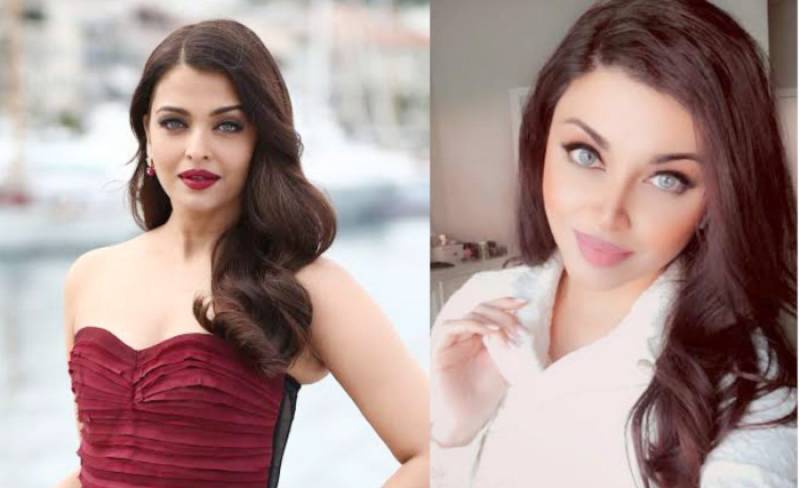 The Bollywood diva Aishwarya Rai has many doppelgangers hailing from various ethnicities all around the globe but a Pakistani beauty blogger has taken the world of social media by storm with her uncanny resemblance with the Indian actor.

Sharing a jaw-dropping resemblance, the social influencer has been grabbing attention after her recreations of Aishwarya's hit film scenes went viral on the Internet.

According to media reports, Aamna has a history with India. "My father is Pakistani, whereas his parents are Indian. My mother and her parents are from Afghanistan. I speak English and Urdu (fluent), basic Persian, and comprehend Punjabi," she told India media.

Aamna also revealed that few Pakistani filmmakers have also approached her. "Yes, a couple (of offers) from Pakistan have (come) for now."

Further, she added that she is optimistic about her future and is happy with the fame and immense love from the people. "It has been an honor and pleasure feeling the love, kindness, and support from beautiful souls globally. Truly humbling," she said.

The internet is in splits whether the striking resemblance is a mere coincidence or Aamna went under the knife to look like the 47-year-old heroine.

Nevertheless, the striking similarity between the two ladies cannot be ignored as Aamna has gained popularity among the masses in a short span of time.

Back in 2005, B-town actress Sneha Ullal gained immense popularity due to her resemblance to Rai. She made her debut in the movie Lucky with Salman Khan.

KARACHI – The world has come across several doppelgangers of Bollywood celebrities and this time its Bollywood ...