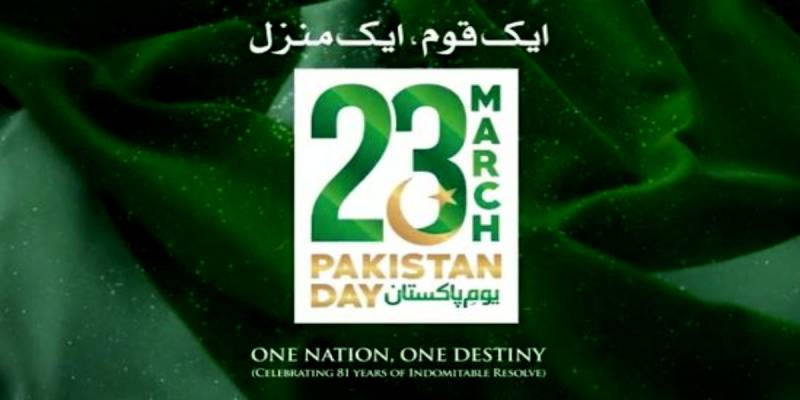 The military' media wing on Monday released the promo for Pakistan Day that falls on 25th March every year.

Carrying the message of one Nation, one Destiny, the 15-second clip starts with a beautiful design Pakistan’s map that turns in to flag.