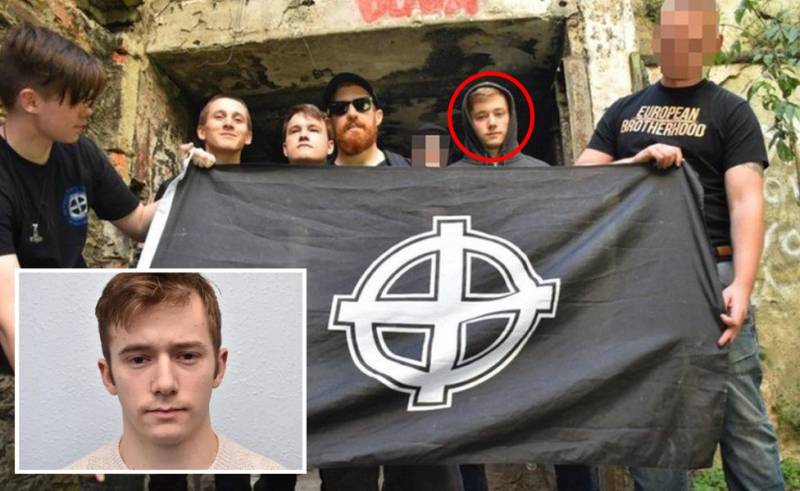 LONDON – A British metropolitan police officer convicted for being a part of a banned neo-Nazi terrorist group has been jailed for over four years.

Benjamin Hannam, 22, who worked as a probationary police constable with the London Metropolitan Police was found guilty earlier this month for being a part of national action - a far-right secretive neo-Nazi terrorist organisation.

Britain's first serving policeman to be convicted of a terrorism offense was also convicted of lying on his credentials and owning documents related to terror activities. He had previously admitted holding pornographic images of a minor.

Hanman was sentenced on Friday to four years and four months in jail at London's Old Bailey court.

The dismissed cop was first known to have become involved with National Action in early 2016 - six months before it became outlawed in Britain since World War Two- but he continued the association and activities after the government proscribed it.

Law enforcer unearthed his links in February 2020 following a database leak. Police also found a notebook referring to the far-right group, a guide to using hand weapons, and the manifesto of Norwegian mass killer Anders Behring Breivik - who massacred 77 people in 2011.

LONDON — A British metropolitan police officer has been convicted for being a member of a banned neo-Nazi group ...

He also attended proscribed group meetings and even appeared in online videos after the group was banned.

The conviction of Hanman raised several questions about how he evaded security vetting to enlist in Britain’s biggest police force.