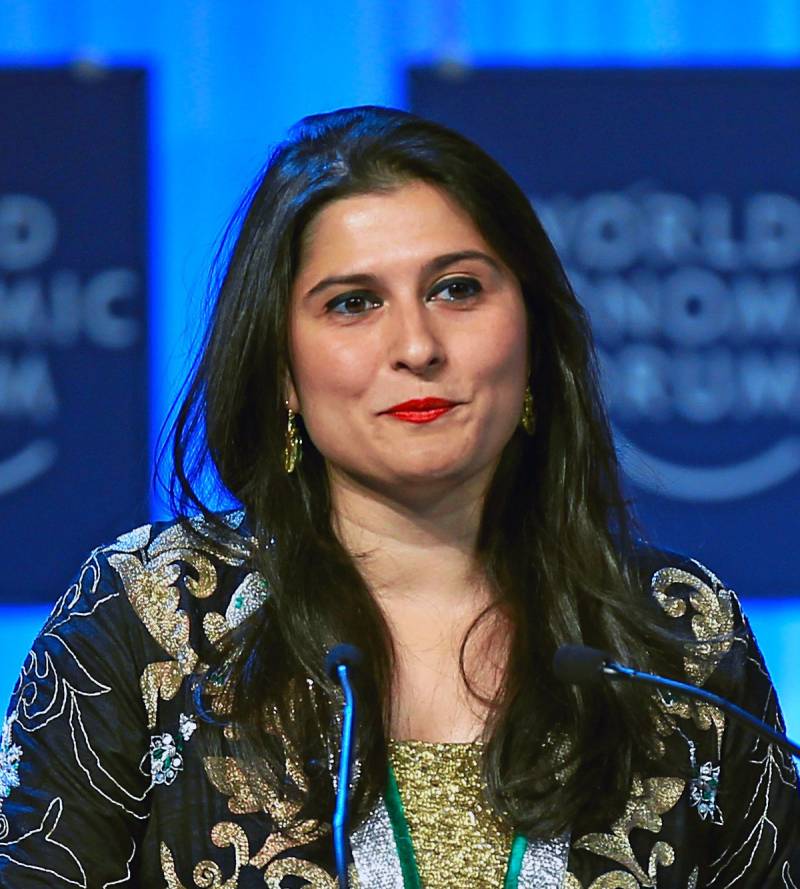 LAHORE - Oscar-winning Sharmeen Obaid Chinoy got her reputation for making a documentary named "Saving Face", after which she made several movies and successes, is now a director of "Song of Lahore" which has brought a lot of serious allegations on Pakistani society.

Speaking in a private television program Nuqta-e-Nazr (perspective) from the University of Arizona, Sawera Shami, Punjab University's Assistant Professor said that Sharmeen Obaid Chinoy is a respected filmmaker and her documentaries are widely-viewed and liked.

Two days ago, Sharmeen's documentary was shown in America's Musical Instrument Museum. It has been made on the success of a music group "Sachhal" in Lahore.

It depicts a music group that had to face many difficulties and they managed to achieve success. It is definitely good to narrate the story of the success, but Sharmeen Obaid Chinoy has related their difficulties to their religious cult, as they belonged to Shia community, giving the impression that they did not get the opportunity to establish themselves, adding that Pakistan is a dangerous country for musicians.

The documentary shows Taliban breaking music instruments and beating musicians. Similarly, she tried to show that there was "Islamisation" a few decades ago and its effects are still there. Due to this Islamisation, people associated with music sector had a lot of difficulties in Pakistan.

Meanwhile, Sawera Shami said that we were sitting in America watching this documentary, and people were quite curious about the Shia community, and wanted to know why the community is being targeted and treated in such a way in Pakistan?

In response to these questions, a person representing Sharmeen's production team said that the Shia community is in minority and face many difficulties in Pakistan. After his answer, Sawera Shami said, I stood up and said, "Pakistan is not a dangerous country for musicians nor is the Shia community in minority, they are the majority in Pakistan because they are Muslims and Pakistani."