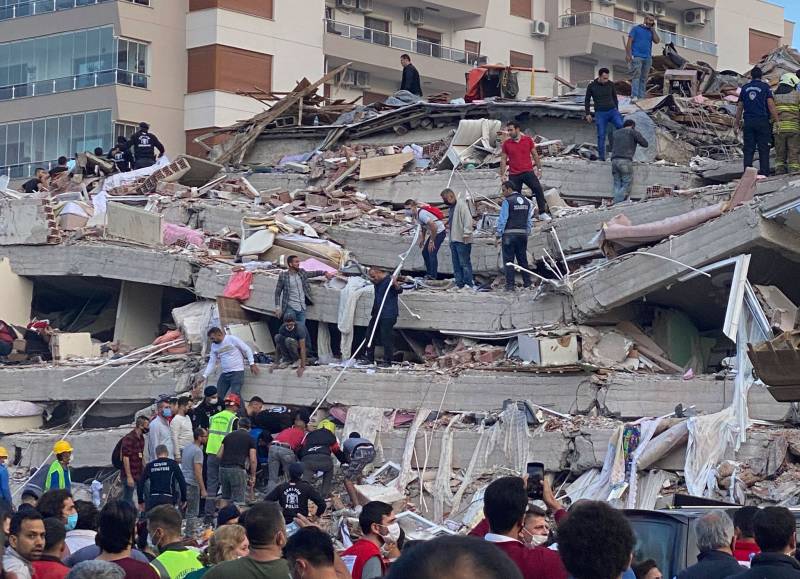 BAYRAKLI – Rescue workers were searching eight wrecked buildings in Izmir Sunday amid dwindling hope for survivors as the death toll from a powerful earthquake which hit western Turkey rose to 58.

More than 200 people were in hospital, AFAD said.

President Recep Tayyip Erdogan said the death toll had risen by seven to 58.

There was desperation and overwhelming fear among families outside one collapsed building, with men and women in tears including a rescue worker whose eyes welled up, caught on video by local media.

Vice President Fuat Oktay during a visit to Izmir said that nearly 300 buildings were damaged although most were only lightly affected.