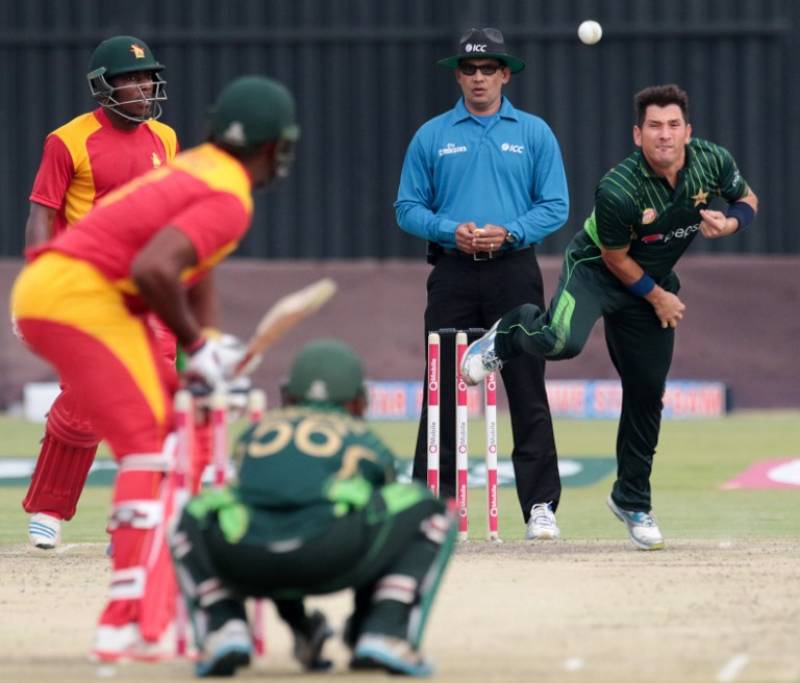 Zimbabwe won the toss against Pakistan in first One Day International being played at Harare and elected to bowl first.

Pakistan’s spinners made good use of the conditions that provided a lot of turn. Imad Wasim opened the wicket account by dismissing Chibhabha, but from there it was the Yasir Shah show. Yasir ripped through the Zimbabwean top and middle order and had a helping hand from Shoaib Malik, who picked three wickets.

Zimbabwe’s top-scorer was Sean Williams with 26 runs, but was bowled by Malik in a slog-sweep attempt. That was the only innings that came closest to looking briefly threatening. All other batsmen looked miserably helpless against the turn being generated by the Pakistan spinners. While spinners stole the show, credit must be given to the fast bowlers for setting the platform with a few unsettling overs upfront.

All-rounder Aamer Yamin made his debut for Pakistan as Zimbabwe won the toss and elected to bowl in the first one-day international at Harare Sports Club on Thursday. Yamin was a late replacement in the Pakistan squad after fellow all rounder Anwar Ali failed a fitness test in the lead-up to the tour.