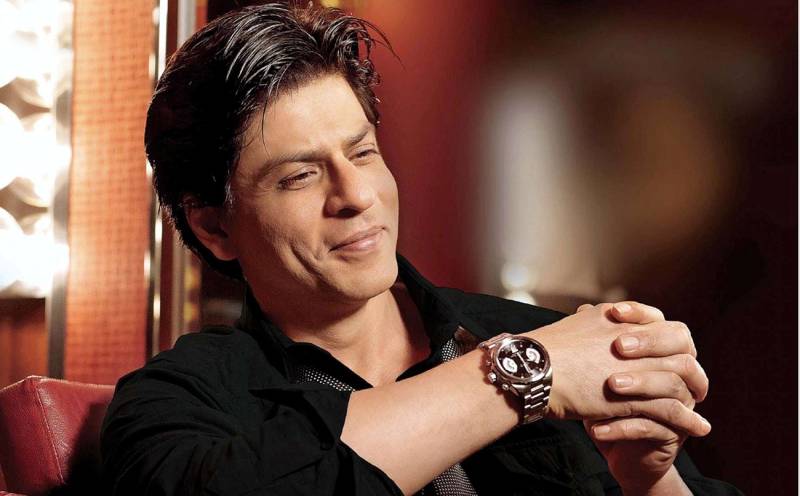 New Delhi (Web Desk) - Shah Rukh Khan is often known as the king of romance in Bollywood because he taught the nation how to love.

While SRK is known to be a complete fan lover, he too has his list of favourite people, India TV cited.

The actor, who is quite active on social networking site these days, recently took to Twitter to reveal his two most favourite men.

If you are thinking about Shah Rukh’s adorable sons Aryan and AbRam, then you’ll be disappointed, as this time SRK has gone beyond his family. 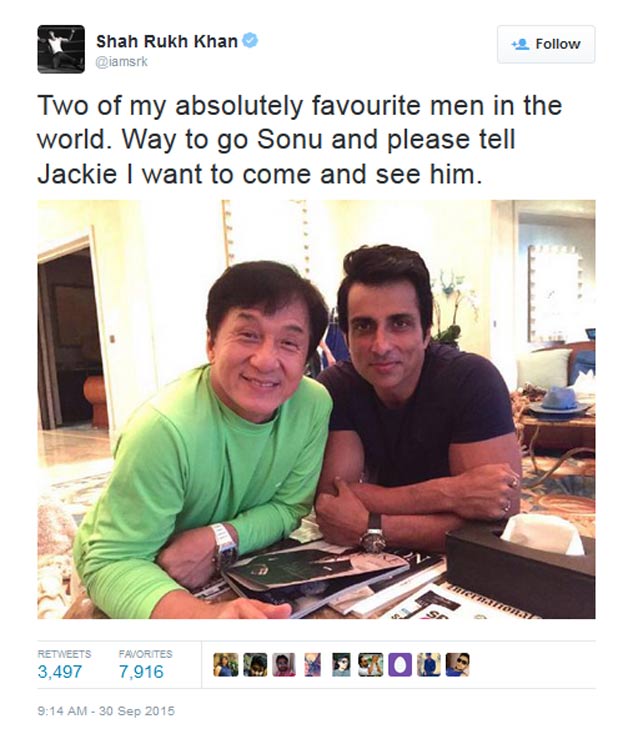 Shah Rukh Khan posted a pic of Sonu with Jackie Chan on Twitter along with a caption “Two of my absolutely favourite men in the world. Way to go Sonu and please tell Jackie I want to come and see him.”

While Sonu Sood was quite elated with SRK’s tweet, the actor replied with another tweet stating, “Love you the most Shahhh… Already told him. Will make you speak to him tomorrow and force you to visit us! Can’t wait!” 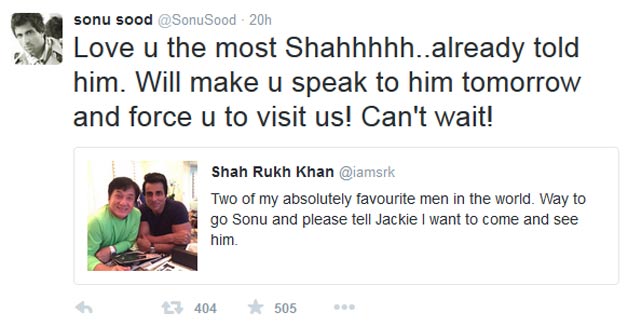 Shah Rukh Khan is currently busy shooting for Rohit Shetty’s ‘Dilwale’ which will be released in December 2015.