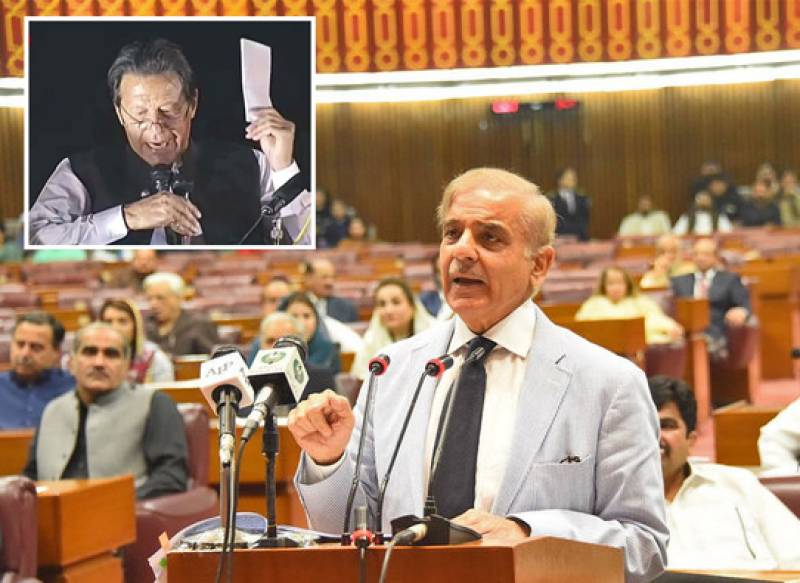 ISLAMABAD – Sharif-led federal government has accused ousted prime minister Imran Khan of sacrificing national interests for political gains after it was revealed that copy of the diplomatic cipher was missing from the records of the Prime Minister’s House.

The development comes on the heels of the second part of Imran Khan’s leaked audio on the US cipher plot in which he discussed strategies to play with the foreign conspiracy cipher with his key aides including Shah Mahmood Qureshi and Asad Umar.

On Friday, a high-level meeting chaired by Prime Minister Shehbaz Sharif noted that a copy of the diplomatic cipher was missing from the records of the Prime Minister’s House.

A special committee of the cabinet was formed to determine legal action against former premier Imran Khan, then secretary to PM Azam Khan, and senior PTI ministers.

A handout issued by Prime Minister House said the cabinet declared that the theft of diplomatic cipher records was an unforgivable crime and violation of the Official Secrets Act, 1923.

It said the cipher was the property of Prime Minister House and it was necessary under the Constitution, law, and rules to investigate the issue in detail and those found responsible be given severe punishment in accordance with the law.

Top civil leaders also exchanged views on audio leaks in detail and endorsed the decision of the National Security Committee (NSC) to conduct a detailed probe into the matter.

Later, PTI chief Imran Khan made headlines when his conversation with his principal secretary and party leaders went viral.