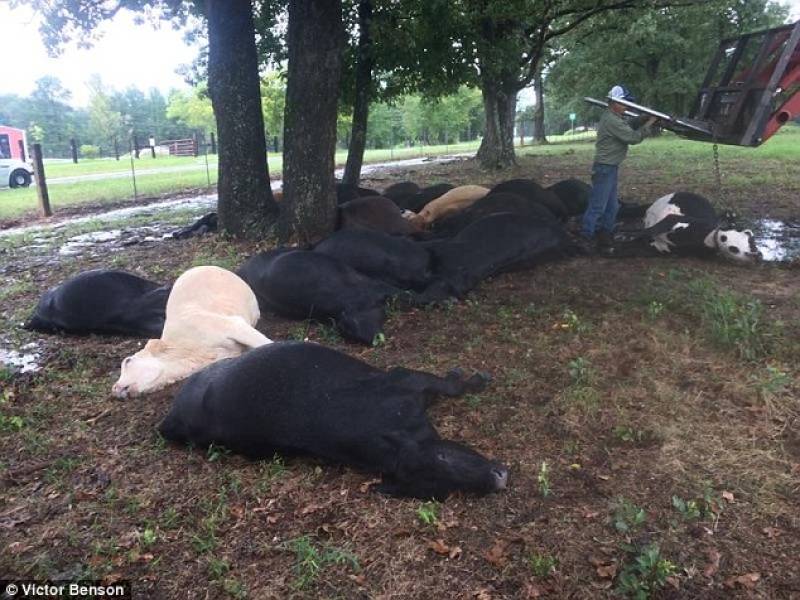 TEXAS (Web Desk) - A horrible lightning strike killed as many as 19 cows in Texas here on Tuesday. The incident happened days after a strike killed over 300  wild reindeer.

The cows met a tragic fate when they were taking shelter under a tree to avoid thunderstorm.The owner of the cows, Ashley Anderson, said she had never seen anything like it a lifetime of farming. 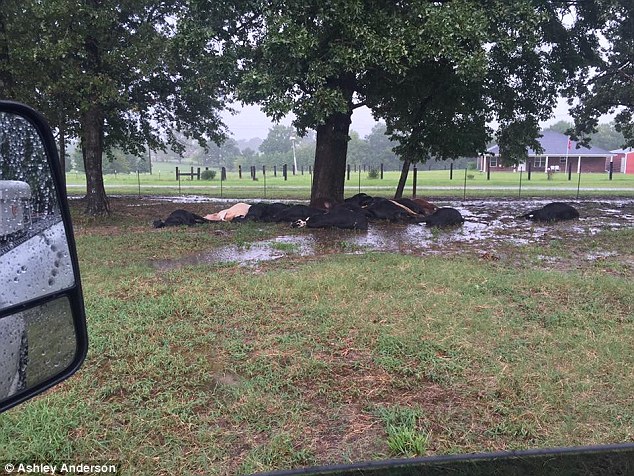 'It's just a freak thing; I mean they were just staying out of the rain,' she added. 'There's really, to my knowledge, nothing you can do to prevent this.'

Her husband has been working with cows his entire life. She said he has never had anything like this happen.

“Not any of his (cows). And especially not to this magnitude,” she explained.

Related: Over 300 reindeer killed by lightning in Norway

Surprisingly the other animals on the farm remained safe. Neighbor and witness to the deaths, Victor Benson, said the lightning bolt hit the cows 'in the blink of an eye'.