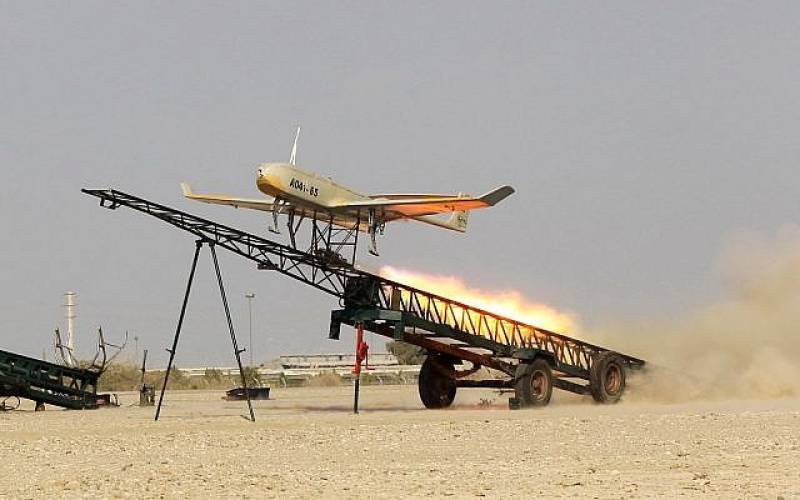 TEHRAN - Iran on Sunday unveiled a jet-propelled drone it said is capable of finding and attacking targets far from the country's borders with precision.

Dubbed the "Kian", the unmanned aerial vehicle was designed, produced and tested by experts of the air defence force within about a year, said the head of the force, Brigadier General Alireza Sabahifard.

The drone comes in two models capable of "surveillance and reconnaissance missions and continuous flight for precision missions", state news agency IRNA quoted him as saying.

"This drone can undertake any drone missions we entrust it with... it can fly more than 1,000 kilometres (620 miles) and find its target with precision," he said.

The newly launched UAV can carry different munitions and can climb to an altitude of 5,000 metres (15,000 feet), according to state television.

"This unmanned aircraft is capable of hitting targets far from the country's borders and undertaking air defence from the enemy's territory," said Sabahifard.

The unveiling comes at a time of rising tensions with the United States, which have escalated since last year when US President Donald Trump withdrew from a 2015 nuclear deal with Iran and reimposed sanctions.

Iran shot down a US Global Hawk drone with a surface-to-air missile in June for allegedly violating its airspace, an accusation the United States denies.