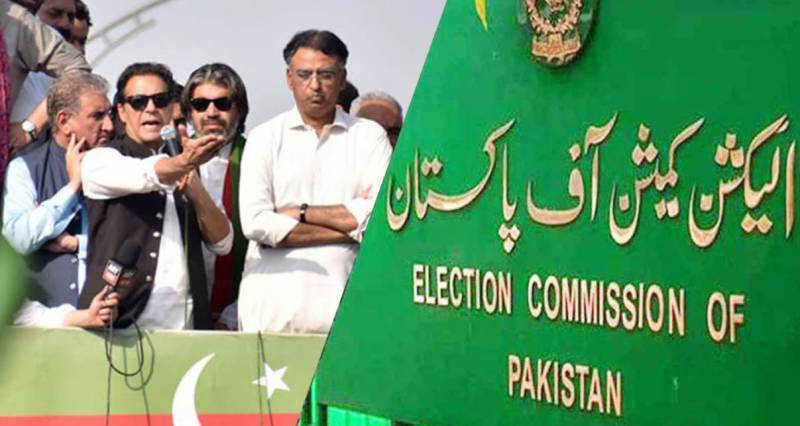 ISLAMABAD – Pakistan Tehreek-e-Insaf leadership has rejected the Election Commission of Pakistan (ECP) verdict in the prohibited funding case and decided to challenge the ruling, besides upholding a peaceful protest call outside the electoral body office.

PTI leaders responded after party chairman Imran Khan presided over the meeting in which leadership decided not to come under any pressure.

Former foreign minister Shah Mahmood Qureshi said PTI followed the criteria and submitted all the evidence to come clean. He added that ECP’s much-awaited verdict revealed that there was no foreign funding case.

On another another hand, the former federal minister and close aide of Imran Khan, Asad Umar, dared ECP to publicize the account details of PTI on its website, including those of PML-N and PPP.

He said ECP violated the Supreme Court's verdict, as they mentioned false affidavit of party chief.

It also issued show cause notice to the Imran Khan-led party after the unanimous verdict which was reserved in June this year.