Zarnish Khan sheds light on 'compromise' in a relationship 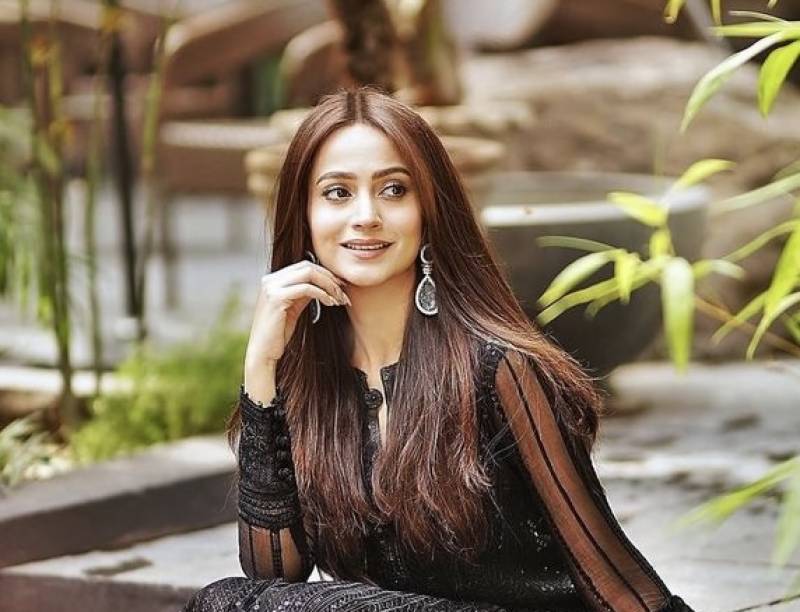 Versatile Pakistani actress Zarnish Khan is making headlines for the message she shared on Instagram about a relationship taboo, one partner having to compromise more than the other.

Zarnish had quite a few words to say about addressing stress or violence that women suffer from in toxic relationships. She said that women are usually expected to remain oppressed without complaining in a marriage.

Women, usually those living in Soth East Asia and the Middle East, suffer more from domestic violence and toxic relationships than women living in the West. Although Western women too face such issues, their number is much less.

She said this issue arises due to the conventional standards and cultural norms teaching women to make the most compromises. Although compromise from both parties or individuals is a healthy thing, women in general are expected to take the entire burden. On the other hand, men are supposed to put up with everything whether harmful or not in order to save their masculinity.

The Yeh Dil Mera actress also shed light on the underlying issues. She stated, "Why do we attach a negative connotation to such statements [relating to divorce]?" She suggested, "Instead of making corrections with what is wrong, we should focus on improving what's already good." 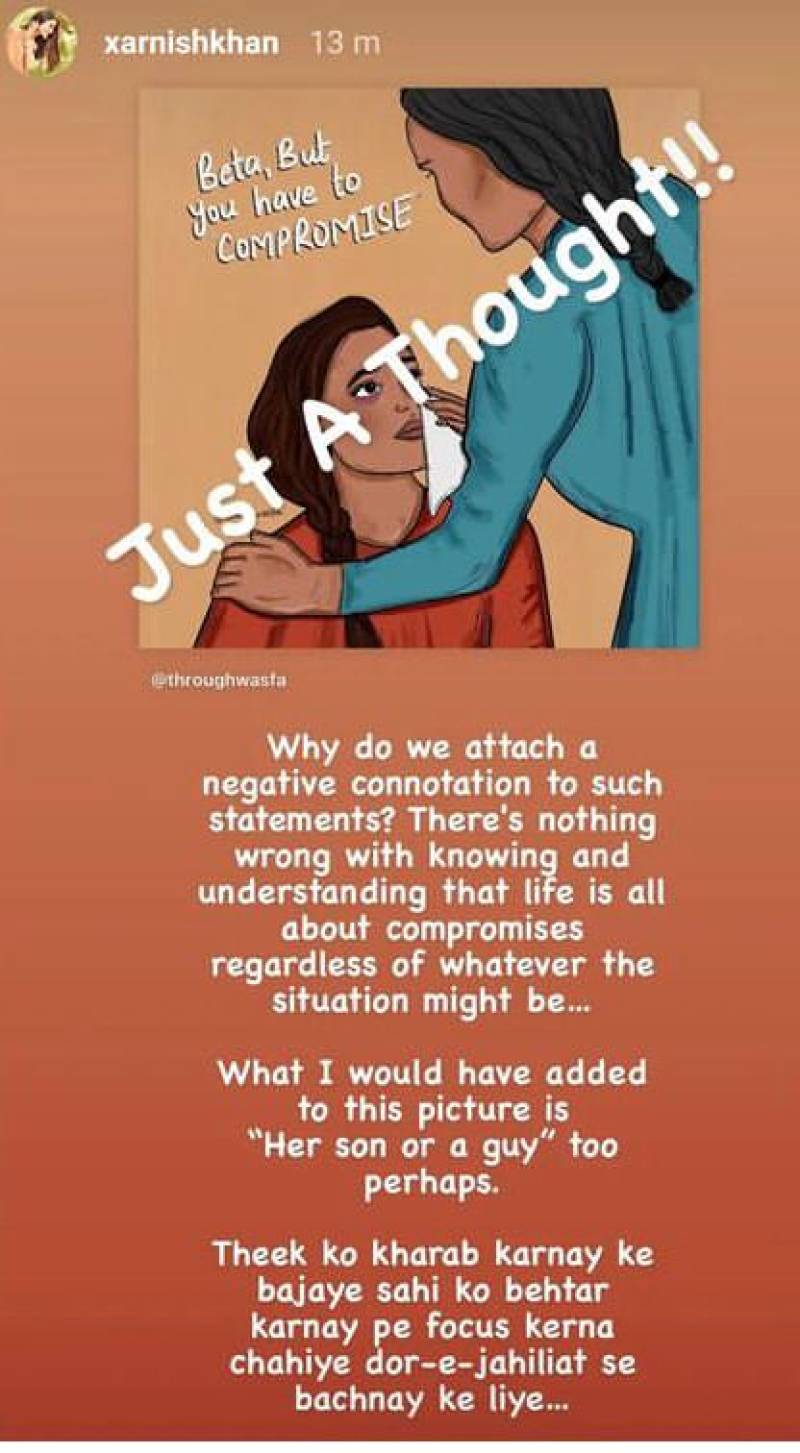 The post shared by Wasfa Kamal on Instagram sheds light on domestic, physical and verbal abuse against women to which Zarnish suggested that both parties should make compromises on equal level.

It is evident that Zarnish was trying to address the unsolicited hatred and bullying men receive due to the general perception of people about the toxic imbalance of compromise in relationships. The Muhabbat Ab Nahi Hogi actress's gesture was well received due to many celebrities avoiding the topic entirely.

Ishq Zahenaseeb star Zarnish Khan has solidified her position in the television industry with her impeccable acting ...

Lollywood diva Zarnish Khan has cemented her position in the television industry with her impeccable acting skills and ...